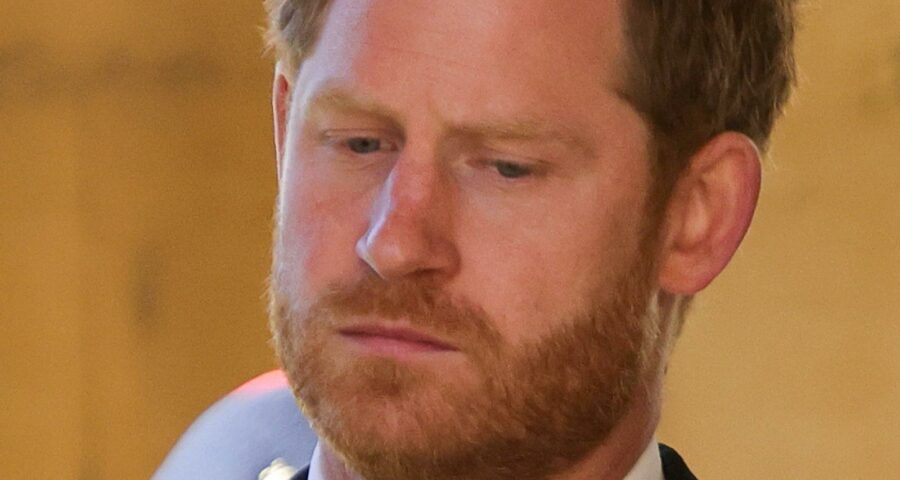 Prince Harry arrived in the U.K. shortly after his grandfather’s death, and eyes have been on him and Prince William since his return. The first time they have seen each other since the bombshell Oprah interview, the two brothers walked in the funeral procession behind Prince Philip’s coffin, and they were not walking side by side. Twitter definitely noticed.

Dan Wooton, a UK-based journalist and TV presenter, tweeted “How sad that Prince William and Prince Harry will not walk shoulder to shoulder in procession behind Prince Philip’s coffin. No one ever imagined relations between the brothers getting this bad.” In the replies, many agreed. One wrote, “Sad and shocking. Meghan and Harry have brought so much grief to the family.” Another chimed in with, “Good, let it be out in the open. William is the future monarch. How’s that going to go for you, Harry, when he literally can’t trust you one single iota?”

One reply brought up the fact that none of the family would be wearing their military uniforms at the funeral, musing, “The adult side of me says it proves how Will is made to be king. But the frosted side of me wants Will to show up in uniform anyway, white gloves included.”

Some Twitter users blame Meghan Markle for the brother's rift

Others took the opportunity to lash out at Meghan Markle as cause of the royal rift. One tweeted “And who do we have to thank? Harry’s biggest mistake was marrying that snake”. Another said “All down to Me..gain. History shows that American divorced women and the Royal family don’t mix.”

However, there did seem to be quite a few people to remind Wooton, and the world, that the procession was organized by the age of Prince Philip’s grandchildren. Between the two brothers was Peter Phillips, their cousin, and eldest grandchild (via People). One tweeted, “Making something out of nothing! Peter is the eldest grandson. Stop making out like he’s walking between them because they can’t bear to walk beside each other! Stop stirring! At a difficult time for Her Majesty, stop stirring up nonsense about her family!”

Another pointed out that the brothers not standing next to each other at funeral processions has some precedent, “PW and PH have always had someone between them during the 3 royal funerals they attended. For Diana it was their uncle, for Margret it was PC, for the Queen Mum it was PC again. Here it’s being done according to birth order. Peter is eldest so given the 1st place at the center.”

All the speculation was likely for naught, however. Promptly after the service Today reported that William, Harry, and Kate not only shared a moment together, but walked and chatted together on their way to the private family reception. While it’s unclear what the estranged brothers spoke about, it was a heartwarming moment for everyone watching.