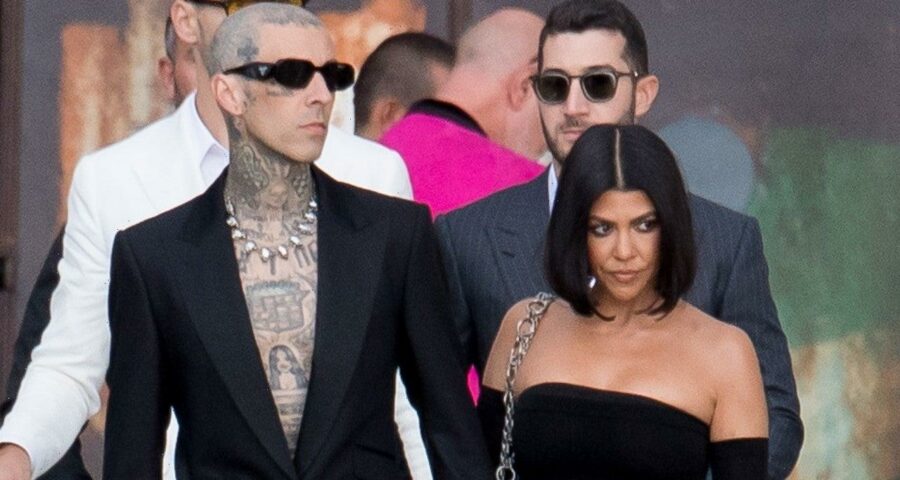 All things are possible for Travis Barker thanks to his girlfriend, Kourtney Kardashian. Last month, the 42-year-old reality star helped her 45-year-old drummer boyfriend overcome his fear of flying following a 2008 plane crash.

The couple started with a trip to Mexico and have since been on PDA-packed journeys across the globe.

Travis calls the flight “the easiest ever,” saying he tried some breathing exercises to help him get on the plane for the first time in more than a decade.

“It’s still something very new to me, but having something that gives me the strength and hope to be able to overcome things that were so traumatic in my life, it just says a ton,” he says of Kourtney. “She’s definitely that for me. I’m invincible when I’m with her. It’s like I never dreamed, I never even considered flying again.”

The drummer tells Nylon‘s editor-in-chief Alyssa Vingan that he wasn’t sure whether his relationship with Kourtney would be featured on the family’s new Hulu show, but that he doesn’t mind the attention. His goal is a happy home life with his and Kourtney’s kids.

One way he’s getting in quality time with Kourtney’s kids is teaching her 9-year-old daughter, Penelope, how to play the drums after gifting her a personalized drum kit for her birthday this summer.

“You can’t be pushy, but you’re like, ‘Oh, do you want to learn to play something?’ And she’s always bright-eyed and like, ‘Yes, like I’m so excited to learn how to play.’ So she caught on really quick, like super quick,” he says of Penelope.

Travis is serving as Penelope’s personal instructor. “Not weekly, like, ‘OK, Penelope, we have to do lessons today.’ But when she wants to learn then, or learn something new, I like being there to fill that little space, that creative space in her head,” he explains. “I think next, she’s just going to record something at the studio.”