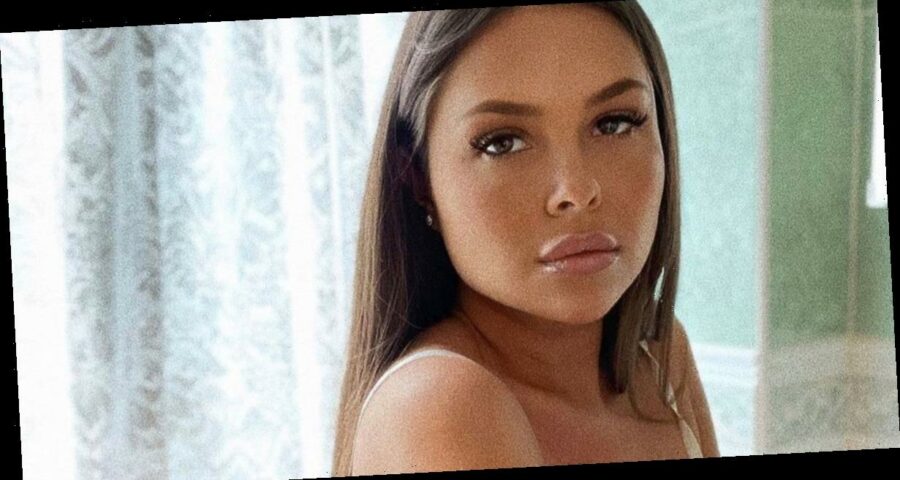 Fran Parman has shown off her two stone weight loss as confidently posed in a lacy lingerie set.

The Only Way Is Essex star Fran, 30, posed up a storm on a sexy black and white photo after losing two stone earlier this year.

In the photo Fran is laying on a bed, with her long brunette locks cascading down the side of the bed while she rests one hand on her head and another on her hip.

The reality star also has her one foot resting against the wall while one leg is crossed over the other.

Fran went for a smouldering makeup look, including fluttering eyelashes and lipgloss on her plump pout.

Meanwhile, she is wearing a lacy black bra and a matching pair of knickers while she is sprawled across the bed.

As she shared the gorgeous snap on her Instagram page Fran, who recently showed off her body transformation and hit back at trolls, she simply captioned it: “Sunday’s”.

While many commented to gush over Fran’s confidence. One wrote: “Wowza. Hot Franny”.

It comes after Fran revealed she had lost two stone after she was targeted by cruel trolls as she returned to TOWIE for the 10 anniversary.

Fran told Bobby Norris and Stephen Leng on their FUBAR Radio show Access All Areas: “I want to lose a little bit more weight. I’ve lost two stone now… If I’m determined and focussed and I want something, I’ll get it.”

The reality star added that she's also “looking to do something to help people that struggle losing their weight that goes up and down”.

Fran later explained how the intense trolling she’s received over her appearance tainted her return to the popular reality show.

“I thought, ‘Yeah I’m going to be back with everyone. I can’t wait to see everyone’. And then all of a sudden that picture come up and I thought, ‘Oh god I’ve put on a little bit of weight’,” she said.

Fran added: “I didn’t realise how much I’d put on because I was wearing so many baggy clothes. I looked at it, thought nothing of it.

“Then I see that there were so many comments, nasty comments. I thought, ‘Hang on a minute, I’ve only put on a little bit of weight. Why is it anyone’s business and why does everyone care so much?’”