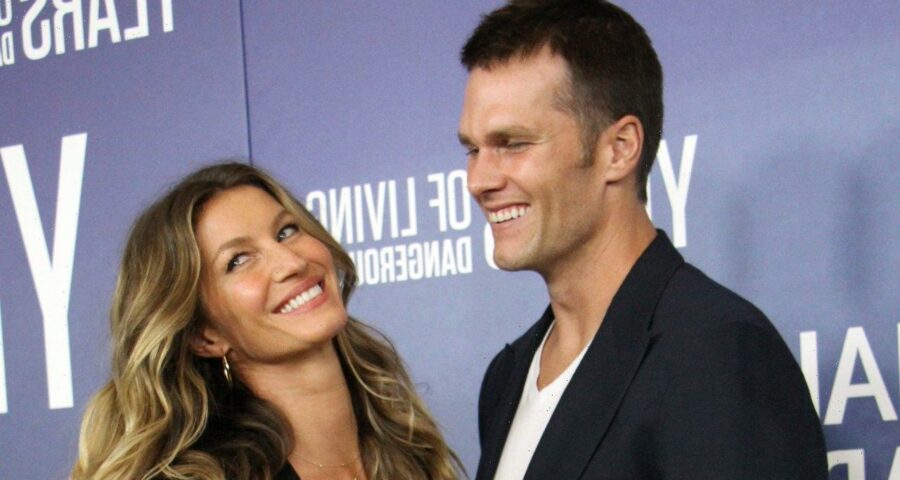 Previously, the Tampa Bay Buccaneers quarterback ditched his wedding band while filming the 2022 FIFA World Cup commercial for Fox Sports in the midst of split reports.

AceShowbiz –Tom Brady is baring his finger again. The Tampa Bay Buccaneers quarterback has been photographed without his wedding ring for a second time amid rumors he and his wife Gisele Bundchen are heading for divorce.

In photos obtained by Page Six on Monday, October 17, the seven-time Super Bowl champion was seen leaving his hotel without any band on his fingers. For the outing, he kept it casual as he boarded the bus to the Tampa Bay Buccaneers game against the Pittsburgh Steelers, sporting a light blue jacket with navy slacks. He completed his look with a white watch on his wrist.

This wasn’t the first time the NFL star ditched his wedding band. While filming the 2022 FIFA World Cup commercial for Fox Sports, the 45-year-old footballer chose not to wear his wedding ring. As for his wife Gisele, she has been seen without her martial jewelry since reports of the couple having hired divorce lawyers emerged.

It’s reported that the couple hired their divorce lawyers late last month. “Gisele was the first to hire [an attorney] and Tom responded,” a source spilled to Us Weekly. “They have still been at odds with each other. They are still living apart.”

A different insider, however, argued that the two are still on speaking terms, telling PEOPLE, “Gisele has not filed anything and is still talking to Tom about their issues.” In the meantime, a source told Entertainment Tonight that Tom is having a hard time dealing with the idea of potentially losing his family.

“Tom isn’t taking things well,” said the so-called insider. “He wants to reconcile and was still holding out hope that they could work things out. He is extremely hurt and misses Gisele being by his side. He feels abandoned in a way. He loves his family, but also wants to continue his career. He feels like he is in a tough spot.”

While neither of the duo nor their reps has confirmed that they are ending their 13-year marriage, Gisele appeared to give a clue as to what actually led to the separation. Last week, she was caught liking an Instagram post made by influencer Jay Shetty. The post featured a quote that read, “You can’t be in a committed relationship with someone who is inconsistent with you. Read that again.”