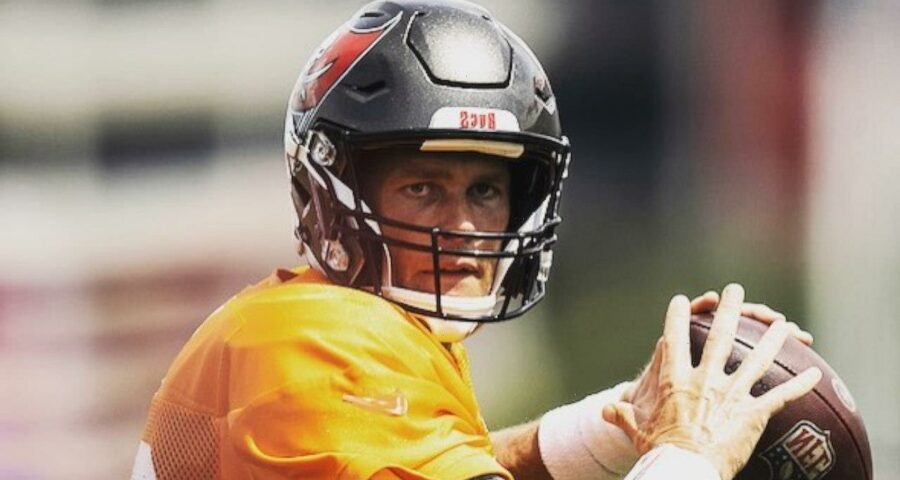 The athlete is trolled by online critics after revealing that he is returning as Tampa Bay Buccaneers quarterback for the next season in a new social media post.

AceShowbiz –Tom Brady has announced his return to NFL, only to be mocked by social media critics. The seven-time Super Bowl-winning athlete has been trolled online after he revealed his comeback just two months following the announcement of his retirement.

“These past two months I’ve realized my place is still on the field and not in the stands. That time will come. But it’s not now,” the 44-year-old football player tweeted on Sunday, March 13. He added, “I love my teammates, and I love my supportive family. They make it all possible. I’m coming back for my 23rd season in Tampa. Unfinished business LFG.” 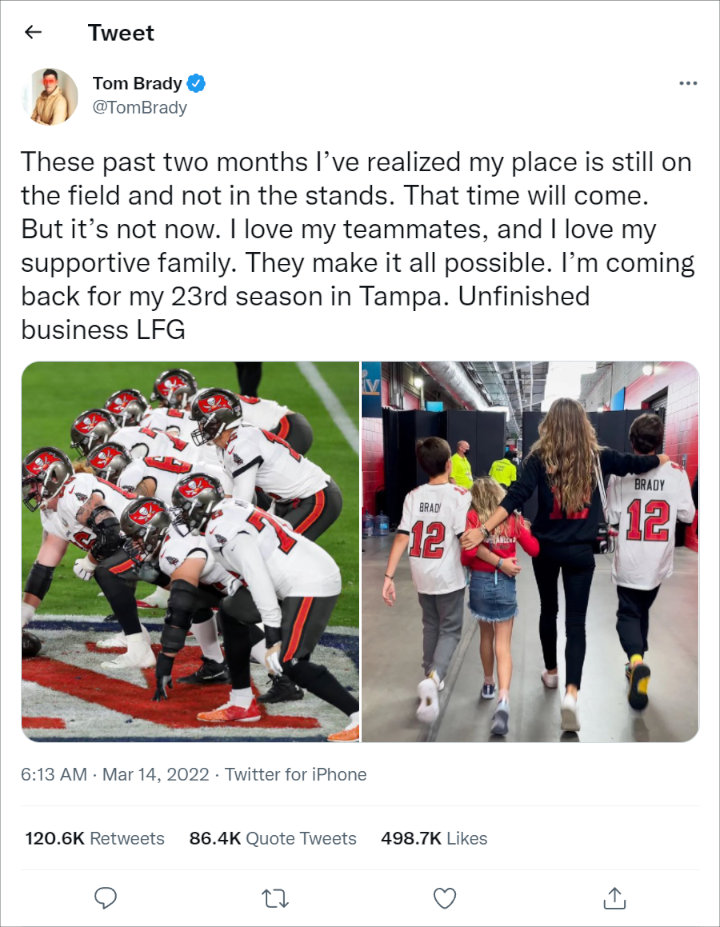 Tom Brady announced his return to NFL two months after he declared his retirement.

Upon noticing Tom’s comeback announcement, many Twitter users mocked him for his inconsistency. “Tom Brady is crazy lmao did he really say ‘unfinished business’?? What type of drugs is he on man [laughing with tears emojis],” wrote one person.

“Tom Brady try to trick a dummy,” another critic penned. “Can someone tell Tom Brady that he doesn’t have to pretend to retire every year? Nobody cares that much. Just play the game bro,” someone else opined.

Others, in the meantime, blamed Tom’s family as the reason for his comeback. “Bruh had 2 months at home with the kids and was like nah, I’m going back to work,” one critic replied to Tom’s tweet. Another said, “All it took was him spending time with his family to unretire. Tom Brady said, ‘F**k them kids, it’s game time.’ “

Tom announced his retirement from football on February 1. At the time, he said in his statement, “I’ve done a lot of reflecting this past week and have asked myself difficult questions. And I am so proud of what we have achieved. My teammates, coaches, fellow competitors, and fans deserve 100% of me, but right now, it’s best I leave the field of play to the next generation of dedicated and committed athletes.”

Less than a month after announcing his retirement, Tom revealed that he will produce a new comedy movie titled “80 for Brady“. He also confirmed that he will play himself in the upcoming project, which cast also includes Jane Fonda, Rita Moreno, Sally Field and Lily Tomlin.

Shortly after the news broke, Tom took to his Instagram Story to tell his followers about his new project. Over a screenshot of a news outlet’s article, the husband of Gisele Bundchen promised his fans, “THE COLLAB YOU NEVER EXPECTED. LFG.”