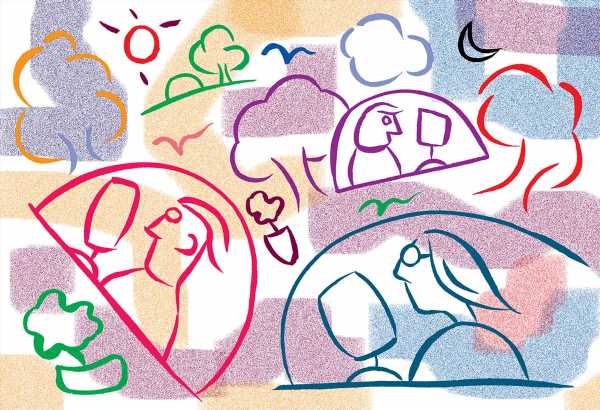 Workers of tomorrow will have to figure out how to help themselves transition to different career pathways, predicts Sandeep Goyal. My nephew was working in a pretty decent job at a large global broadcast network when the pandemic got him to start working from home.

Rather than languish all alone in his small paying guest accommodation, and cook his own food, he winged his way back to his hometown up North from Mumbai.

Now that is a reasonably familiar narrative. Nothing new. But it was what he did next that surprised me.

He volunteered to work with the local police and use his social media skills to help them connect better with citizens.

Soon, despite the raging pandemic, he was working an 18-hours-a-day schedule with the cops.

A couple of months later, he resigned his multinational job, and accepted a consultant’s position with the police at less than half his salary. I asked him why?

His answer was simple. He found “purpose” in the new job.

In the toss-up between passion and pay-check, the former won hands down.

And then for good measure he said, “But just like my dad, you won’t understand.” 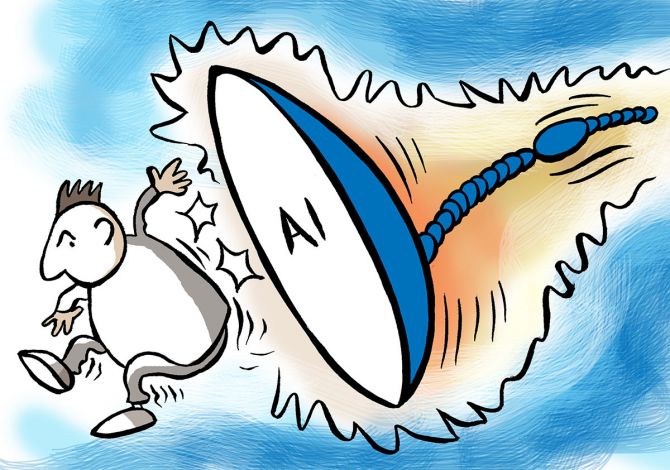 The last 18 months have changed the world. In many more ways than one.

Work itself has got redefined. Attitudinally, as in the case of my nephew. And, physically, technologically and notionally too.

The pandemic has accelerated a shift to remote work and virtual meetings.

Even after the pandemic, many companies will continue some form of work from home.

So for many home is the new office. Additionally, some 30-40 per cent of business travel may be permanently replaced by virtual meetings.

The next set of trends to affect the re-definition of work relate to e-commerce and other digital transactions, from restaurant delivery to telemedicine.

All these activities surged in 2020, and many new users have found electronic channels both convenient and efficient, and plan to continue using them. This will impact jobs.

Then there is automation and Artificial Intelligence, with companies using technology to adapt to the new realities and planning to implement more technologies in the future that will impact work.

Another trend, still nascent in India but more pronounced in the West is of people moving out of high-cost city centres to the suburbs and smaller towns. Much like my nephew.

This is visible both in falling office-vacancy rates, rising residential rents and soaring real estate prices.

We could also witness the arrival of a work-from-anywhere model in which employees could live wherever they choose.

Some companies are considering a more distributed footprint, with smaller offices and satellite locations closer to where people live, to reduce commute times. 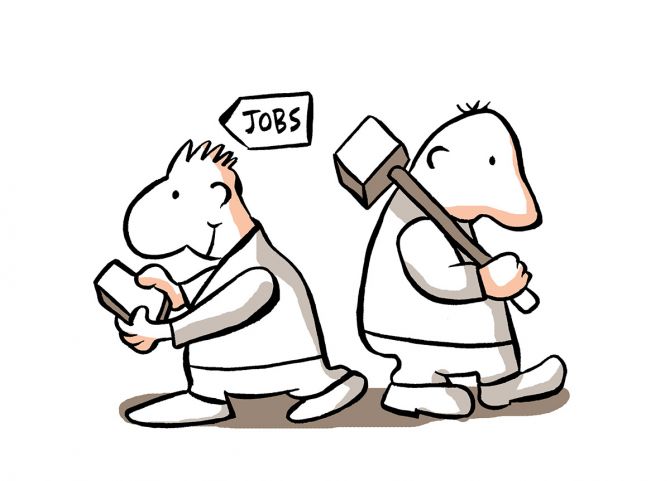 Concurrently, more and more corporations plan to use more automation and AI as they re-imagine the next normal.

The biggest categories to be hit in terms of the sheer number of jobs lost will be customer service and sales.

Continuing automation in factories and warehouses will also eliminate jobs.

Food service is another likely area of decline.

We have not seen much automation there, but the pandemic has had a number of knock-on effects, such as people not going to the office and out for lunch and not traveling for business.

And lot of food-service demand is generated by travel and being away from home. This is a danger domain, therefore.

People in these declining occupational categories will need to retrain into some of the newer growing occupations.

The challenge is not only the large numbers, but the jumps that will need to be made are much higher than in the past.

Traditionally one could jump from a food-service job to a hotel job and then maybe to a retail job.

But that would now mean moving from one declining occupation to another.

Workers of tomorrow will have to figure out how to help themselves transition to different career pathways.

This will unfortunately most disproportionately affect women — four times more than men, according to global research — and those without college degrees, as well as younger cohorts.

The biggest negative impact of the virus has been the surge in ‘ageism’ –discrimination against older workers.

Never overtly stated, but commonly implied. The shared belief is that older folks are technologically challenged and digitally inert.

Hence, not relevant any longer. They need to make way for younger workers.

Unfortunate, but true. When offices slowly re-open, many in the 40+ age-group (yes, 40+), who are currently content (even happy) to be working-from-home, may find they are just not being invited back to what they once called office.