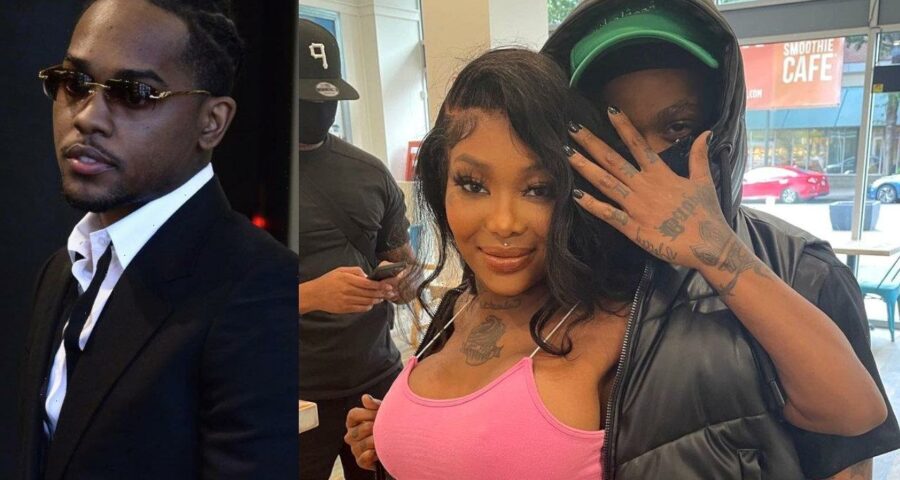 Less than a month after introducing her new boyfriend on Instagram, the ‘Playing Games’ singer hints at how serious their relationship is as she’s ready to have ‘a real family’ with him.

AceShowbiz –Summer Walker may have found her dream man. Having moved on from her failed relationship with London On Da Track, the R&B singer appeared to shade her ex as she gushed over her new romance on Instagram.

On Wednesday, September 29, the mother of one took to her social media page to flaunt her blossoming romance. She posted several pictures of her and her beau cozying up to each other while stopping by an eatery.

In the caption, Summer hinted at how serious their relationship is as she already envisioned a “happy pregnancy” with her new man’s baby. “Can’t wait to have a real family & a actual happy pregnancy experience,” she wrote, before noting that the baby plan would have to wait until she finishes her new album. “but I gotta drop this album first,” she added.

Summer first introduced her new boyfriend, whose Instagram handle is @lvrdpharoh, in early September. At the time, the pair took to their respective accounts to give a look at their date night. Making use of their Instagram Stories, they posted the same video showing a rose petal-filled hallway. There were also dozens of candles placed as decorations.

Prior to the date night video, Summer seemingly brought him up when slamming her baby daddy London On Da Track in late August. Claiming that her ex was threatening her and her new beau, she wrote at the time, “I be minding my business & NEVER call him unless it’s about the well being of my child. Smh crazy mf.”

Summer and London, who dated on-and-off since 2019 before calling it quits earlier this year, welcomed their first child together, a daughter, in March. She recently accused him of being a deadbeat father.