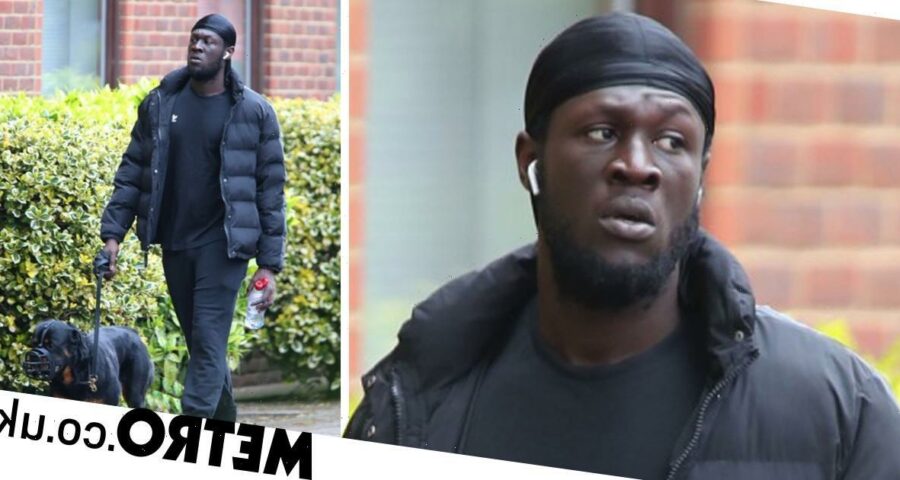 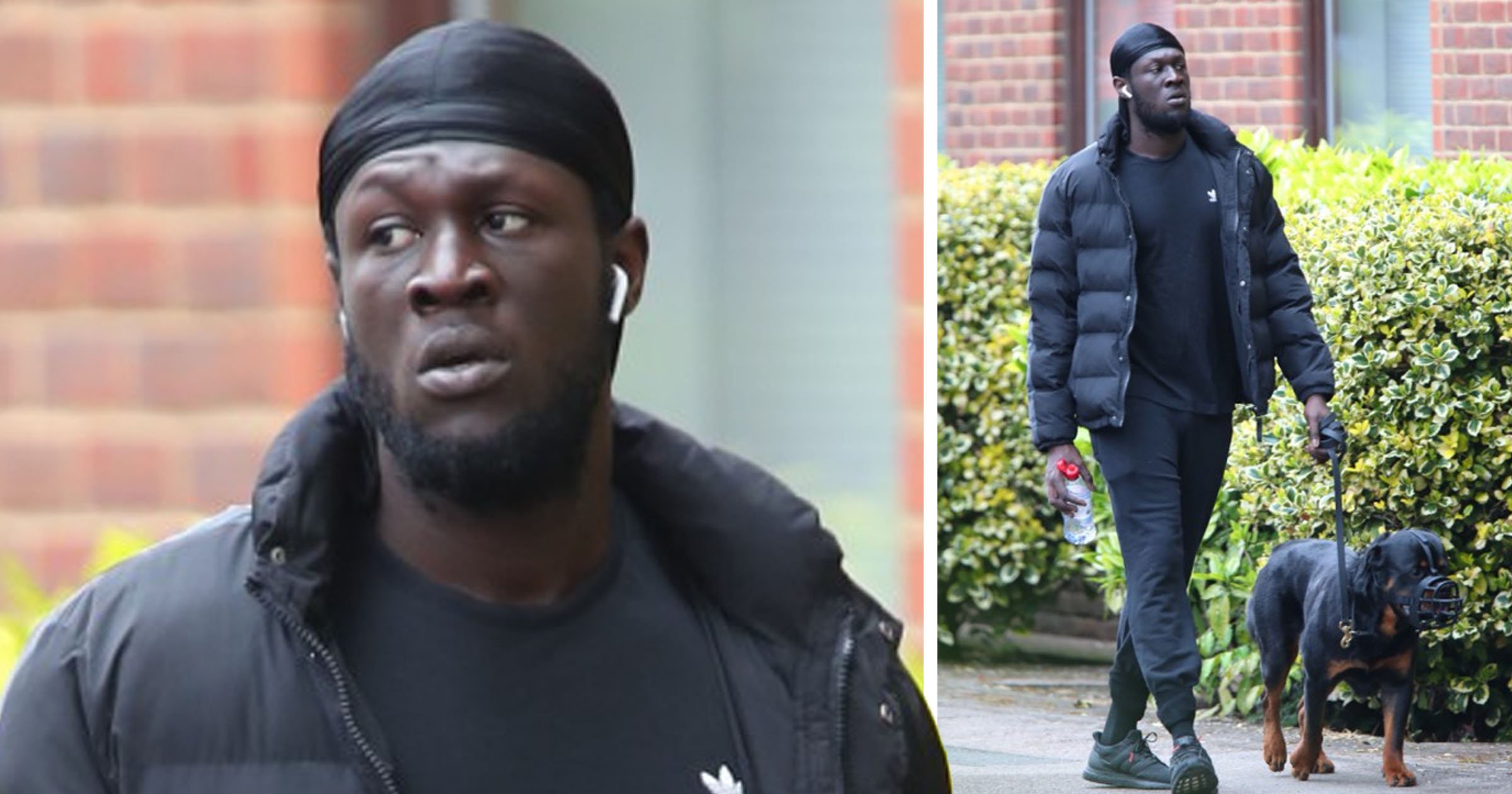 Stormzy has been keeping a low profile in lockdown but he stepped out for a breather this week to take his beloved dog for a walk.

The Big For Your Boots rapper was spotted out and about in south London this week with his pet dog in tow.

Dressed all in black, the musician wore an Adidas T-shirt with a pair of jogging bottoms, puffer jacket and a durag.

His rottweiler walked along beside him with a muzzle over its mouth.

In 2018, it was reported that Stormzy – real name Michael Owuo Jr – paid £15,000 for the guard dog in a bid to protect himself at home as his fame skyrocketed. According to The Sun, the rottweiler is trained to attack, bite and stop on Stormzy’s command, hence the muzzle.

‘It means fans can still approach him on the streets, but if someone did want to harm him, then all he has to do is issue a command and the dog will deal with the rest,’ an insider said at the time.

Referring to his then-girlfriend Maya Jama, they added: ‘And when he’s away touring, rather than Maya being home alone, they can both have peace of mind knowing there is the option of keeping the dog with her.’

Stormzy, 27, has kept out of the spotlight throughout the coronavirus pandemic after being forced to cancel his Heavy Is The Head Tour as the disease spread worldwide. He also deleted his social media accounts, including Instagram, shortly before the pandemic.

The Vossi Bop rapper was spotted attending the Black Lives Matter protests in London last summer, and has since taken part in various charity projects, including helping to decorate the bedroom of a disadvantaged teen.

He did miss an opportunity to attend the Brit Awards earlier this month, with Headie One performing their single Ain’t It Different alongside AJ Tracey. Stormzy’s verse was replaced with new politically-charged lyrics.

However, it won’t be long before the rapper is back in the public eye as he’s confirmed to headline Reading & Leeds in August.

Meanwhile, his ex-girlfriend Maya has seen her love life become the subject of rumours, with fans finding clues that she is dating NBA star Ben Simmons.

The TV presenter was also forced to shut down speculation that she was enjoying a romance with Burberry boss Riccardo Tisci after sharing a cosy photo of them together.

If you’ve got a celebrity story, video or pictures get in touch with the Metro.co.uk entertainment team by emailing us [email protected], calling 020 3615 2145 or by visiting our Submit Stuff page we’d love to hear from you.