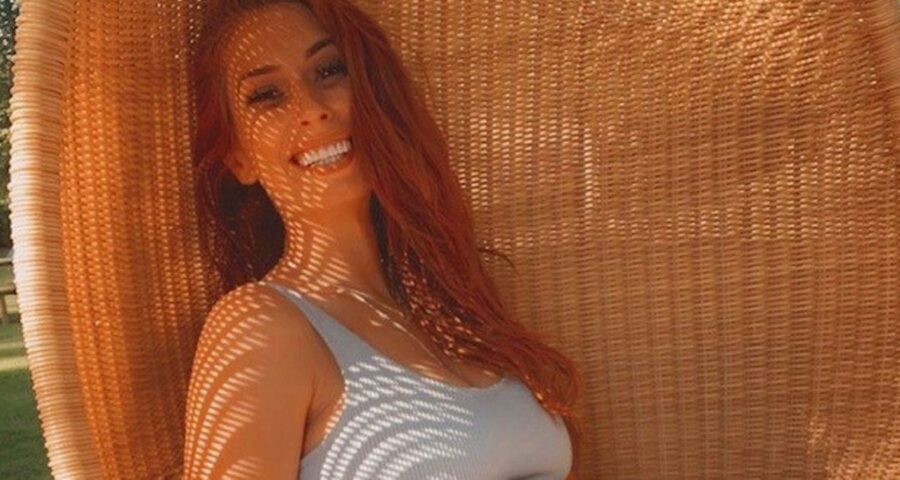 Stacey Solomon has shared a sweet video of her youngest son Rex as he tried to make her unborn baby move in the womb.

The pregnant Loose Women panellist, 31, shared the sweet video on Thursday morning and the clips sees her laying in bed with her two year old, as he cuddles her blossoming baby bump and watches his younger sibling wriggle in her tummy.

In the video, Rex appears to be fascinated with his mother’s stomach as he sways backwards and forwards in order to encourage her unborn child to kick.

Stacey’s blonde son, who she shares with her fiancé Joe Swash, 39, donned turquoise nail polish as he stroked her belly in bed as the family's two dogs kept them company.

She wrote atop of the video: “Good Morning, I have a whole day off today so me and Rex are having a lazy morning and he’s looking after his little brother/sister.

“He tries to make it move and it melts my heart. Hope you’re all ok this morning. Happy Thursday.”

This comes after the doting mum, who recently likened her hair to an "afghan hound", reached out to her loyal legion of fans for help picking out a name for her fourth child.

The Tap to Tidy influencer admitted that she has “run out of boy names” after using her favourite names for her three sons.

Pregnant Stacey, who recently cradled her bump in a sweet photo she feared was accidentally rude, also said that she hasn’t got a name for a baby girl picked out either because she hasn’t had to think about it before.

She made her dilemma known to her fans on Instagram, as she wrote: “We literally have no names whatsoever!

“We’ve run out of boys names and have never had to think of a girl names so we are lost.

“But I can’t stop thinking about it! What are your favourite names?” she asked.

Stacey shares her eldest son Zachary, 13, with her ex-Dean Cox, and her second child Leighton, eight, with her former fiancé Aaron Barnham.

This will be her second child with Joe after they announced they have been trying for another baby for more than a year.

Since the pair announced they were expecting a baby, they made the decision to postpone their wedding which was scheduled for this summer so that all of her children can be present for the wedding pictures.