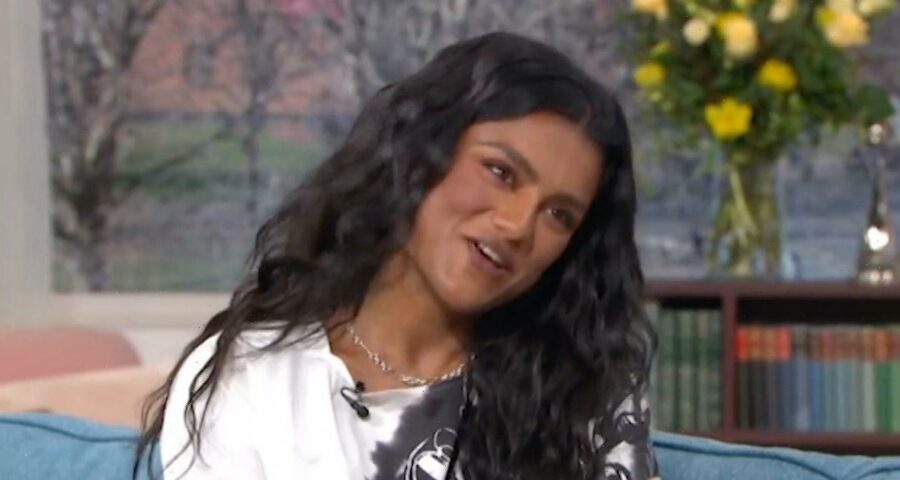 Simone Ashley has revealed she has quit her role in the hugely-popular Netflix series Sex Education.

And in an interview on This Morning on Tuesday, April 12, Simone also confirmed that while some fans might be disappointed she won't be back in the halls of Moordale Secondary School, she will be returning to the Shondaland hit for its third season.

The 27 year old actress was chatting to ITV presenters Josie Gibson and Vernon Kay when she revealed the news.

"Really quickly, will you be back for the fourth series of Sex Education?" Josie quizzed first.

Immediately embarrassed to let people down, Simone replied: "No!" to a collective shock from the hosts.

"I get asked that all the time, no. I'm a Bridgerton gal now so yeah…" the actress giggled, thrilled to join the cast of the steamy period drama full-time.

"Right so Kate's return for the next series of Bridgerton, going to be returning?" Josie then asked, determined to clarify for fans.

"She's Viscountess, and married to Anthony."

As well as sharing tidbits about what the future has in store for Bridgerton's new favourite couple, the Kate beauty also teased fans about a time jump in the next story.

While speculation remains over exactly which characters the next season will focus on, as it could be anyone from Benedict to Eloise's turn for romance, Simone said: "It's a year later at this point, so I'm really excited for that."

Wrapping up the interview, former Big Brother star Josie gushed: "Well we love you, so congratulations for that!"

"Aaaw thank you!" Simone added with a grin.

It comes only a week after This Morning presenter Alison Hammond got flustered over Jonathan Bailey's appearance on the show, even asking him to demonstrate how sex scenes worked between him and Simone.

This Morning continues weekdays at 10am on ITV.

For all the latest celebrity news, sign up to our daily newsletter here.