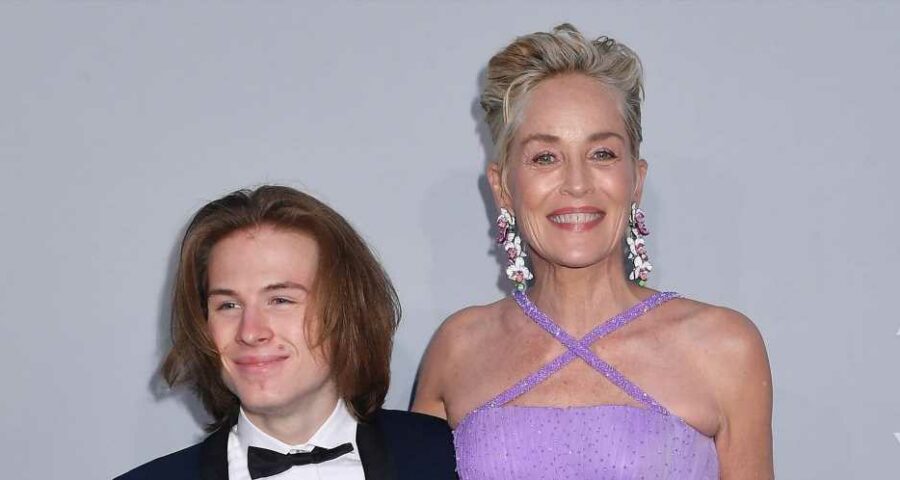 On Friday, the Basic Instinct star stepped out at Cannes' annual amfAR gala alongside her 21-year-old son Roan, whom she shares with her ex-husband, journalist Phil Bronstein.

The 63-year-old actress donned a lilac dress by Dolce & Gabbana featuring halter straps and a bodice embellished with crystals. For the rare outing, Roan wore a dark blue tuxedo with black lapels, and carried a leopard print bag. Stone also shared a photo of the two of them from the event on her Instagram, writing, "Proud mom🤍💥."

Stone and Bronstein adopted Roan in 2000, before the couple split in 2003. In 2008, Bronstein was awarded permanent sole custody of Roan with Stone retaining visitation rights. Stone has two other sons, Laird and Quinn, whom she adopted in 2005 and 2006 respectively.

In 2019, Roan filed to legally take on his mother's last name in addition to his father's.

Stone wrote in her memoir that while she couldn't discuss why she lost custody of Roan, she "couldn't function."

"I just lay on the couch. I was so damn tired," she wrote. "I slept every afternoon; I just couldn't get up."

"I fought for my son, put him ahead of getting anything at all back in my life. I did that for 13 years; I played a very long, very difficult game of custody chess in an effort to get him everything I could for his health and well-being," she wrote. "Now my home and my family are complete and I am able to re-find success in the rest of my life, as my heart is also complete."