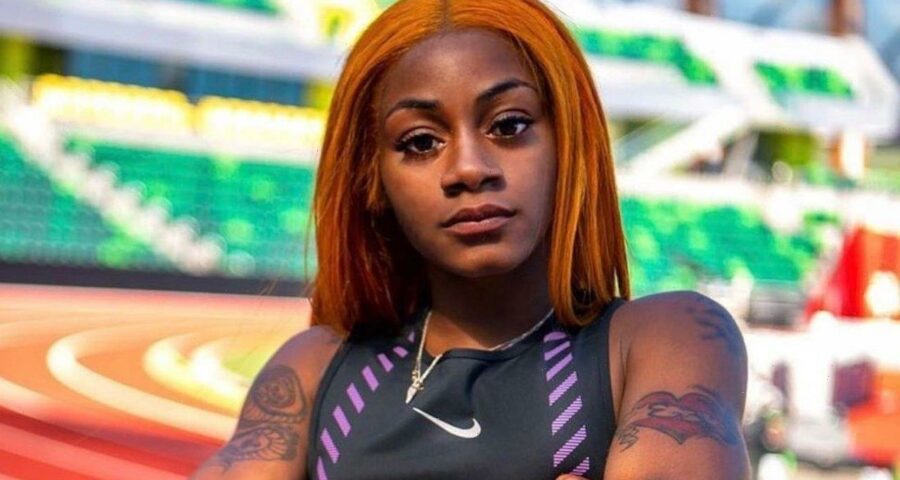 In a new Instagram post, the 21-year-old American sprinter shares a picture which had the word ‘Violence’ with the toggle on, prompting people to slam and troll her.

AceShowbiz –Sha’Carri Richardson has landed in hot water once again. The sprinter, who was barred from competing at the Tokyo Olympics because of a failed drug test for cannabis, was dragged online after she hinted that she chose violence in a new Instagram post.

In the said post on Tuesday night, August 31, Sha’Carri shared a picture which had the word “Violence” with the toggle on. Upon seeing the image, many asssumed she was hinting that she condoned violence, prompting them to blast the athlete.

Taking dig at Sha’Carri, one Twitter user wrote in response to the post, “Should’ve chose violence on that track sis! It’s too late neowwww.” Another person taunted, “Choose speed.”

Someone added, “Sis you came in 4709th place at the last race. They had time to make jerk chicken & start dutty wining to a dancehall track by the time you got to the finish line. The only violence is how you lost. You gotta stop. ‘This is very em-bear-rah-zing! Are you not em-bear-rahz-ed?’ “

Seemingly tired of defending her, a fan said, “we can’t keep taking up for you if you gone keep proving everybody else right.” Someone else urged Sha’Carri to “sit tf down,” while a user noted, “Her personality a lil unlikable at this point like girl…”

Prior to this, Sha’Carri receieved backlash after dissing Jamaicans by liking a rude tweet about the country, just days after she was under fire for dissing Jamaican sprinter Shelly-Ann Fraser-Price. “Not y’all Jamaicans still talking s**t when y’all gotta walk barefoot to your coconut stand everyday for a living,” read the said tweet.

This arrived after Sha’Carri pressed a “like” on a tweet dissing Shelly-Ann following the race at the Prefontaine Classic in Eugene, Oregon in which she placed 9th. “Shorty in the back look Lil Wayne,” the tweet read, referring to a video featuring Shelly-Ann smirking while walking pass behind Sha’Carri during an interview.