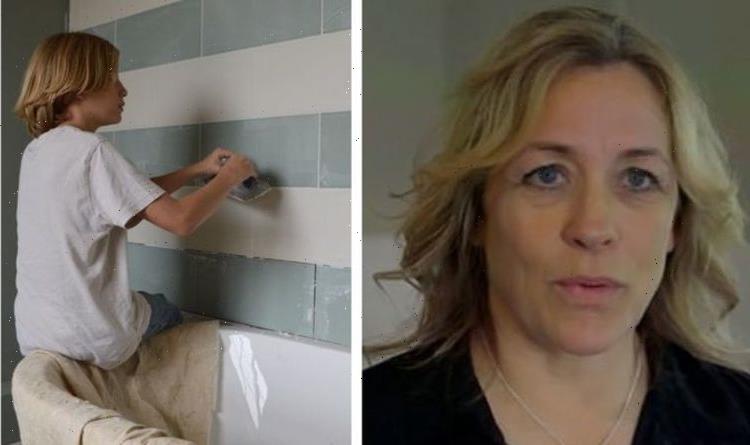 Sarah Beeny: Things to look out for when viewing a property

Presenter Sarah Beeny is an established property expert, having appeared on numerous shows including Streets Ahead and Britain’s Best Homes. Yet, disgruntled viewers have now branded her out of touch, claiming that they have no interest in watching her decorate her lavish stately home.

They have argued that the new series of Channel 4 show Sarah Beeny’s New Life In The Country is an insult to those who struggled for money during the pandemic.

Blasting the show as poorly timed, some critics annihilated the episodes before it had so much as made its first appearance on TV.

The tone was set by Twitter users such as @LeightonStoane, who declared: “I have absolutely no b****y interest in Sarah s**ding Beeny doing up a mansion house with her family.

“She of course should be allowed to start a new life in the country if she so wishes but I don’t want to hear about it.”

Amid the negative comments, Sarah has been dealing with a difficult time at home.

However she is soldiering on in a bid to promote the new show, even sharing a photo of one of her four sons helping to tile the bathroom.

“The boys have worked so hard and learnt so much over the past few months,” she reasoned in a caption alongside the photo.

She added candidly: “It’s not been easy.

“But I can’t wait to share the finished results this eve [on the show]!”

She and her husband Graham Swift, together with their four sons, who viewers have described as “extremely polite”, have taken on a former dairy farm in the heart of Somerset, complete with 220 acres of land.

However, the renovation costs are likely to make the majority of viewers gulp, setting Sarah and her family back half a million pounds.

@oflynnsocial considered her decision to showcase the lavish remake of the home tasteless and disrespectful, “esp [to] those struggling even to afford overcrowded accommodation”.(sic)

However, as the family negotiate dragging a cast-iron bath tub upstairs, and two of her young sons elect to decorate their own bedrooms by themselves, there is an indication that viewers are warming to her.

“Lovely that [your sons] join in with your adventure, well done boys!” @faybrokenshire praised.

Meanwhile @linbainbainbridge72 marvelled while discussing the previous episode: “I’m still cold from watching you on the zip wire from last week.”

The zip wire facility is just one of the features Sarah has had installed on the grounds, as well as a man-made pond.

“You are an inspiration and wonderful parents,” Lin continued.

“Your boys are a credit to you!”

The show continues tonight at 8pm on Channel 4.