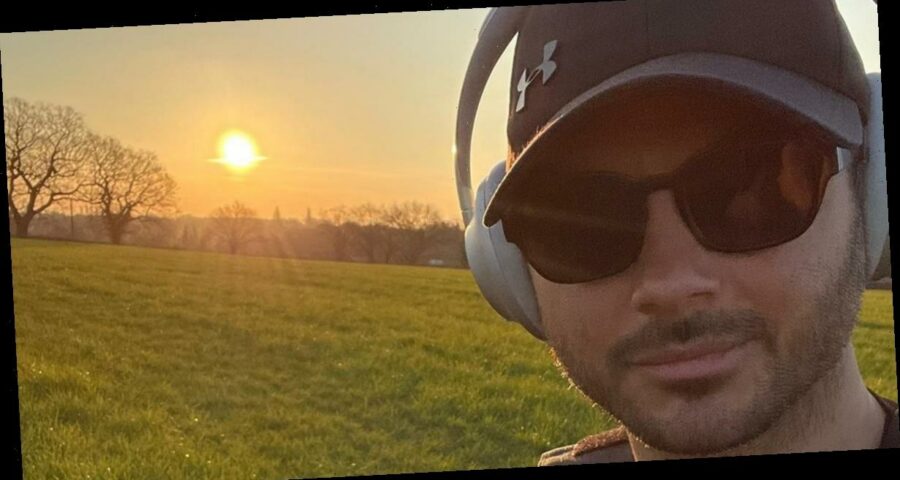 Ryan Thomas has announced he will be attempting to complete 10 marathons in 10 days in aid of mental health awareness charity Calm.

The actor, who previously turned into a delivery driver to hand out burgers, will be beginning his gruelling mission at Buckingham Palace in London and will end up at Manchester Cathedral 10 days later.

The 36 year old took to Instagram to share the news with his fans and shared a video teaser about the expedition.

He said: "So the reason I set myself this challenge, I wanted to give myself a purpose, I wanted to use my platform for other people to benefit from.

"This last year more than ever, I've noticed people's mental health is suffering, so I've teamed up with Calm, the campaign against living miserable."

"On Monday 10th May, the first day of Mental Health Awareness Week, I will be starting a long, hard but special fundraising mission!

"I will be walking 10 marathons in 10 days from London to Manchester, raising money for mental health & suicide prevention charity @CALMZone.

"Starting from Buckingham Palace on I will finish at Manchester Cathedral on Thursday 20th May. The walking distance will be 262 miles & there will be 9 overnight stops," Ryan explained.

The dad-of-two went on to share that he wants to use his platform in the public eye to raise awareness for those suffering with mental health issues.

He continued: "I am lucky enough to have a big following & as someone in the public eye I want to use it for a positive change. "The stats are shocking [see below], and we need to do something about it – the stats on men in particular are shocking. If one life is saved by me doing this challenge, if someone checks on their friend, or uses CALM for advice & help – then it's been worth it."

Ryan's fiancée Lucy Mecklenburgh, who celebrated son Roman's first birthday, took to the comments section to say: "Very proud of you," alongside a red heart emoji.