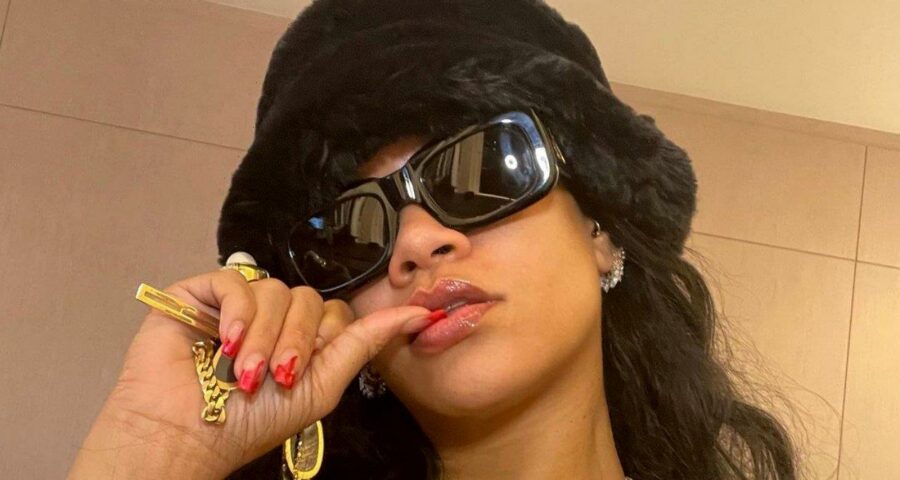 The ‘We Found Love’ hitmaker dismisses her lawsuit against her father Ronald Fenty two years after accusing him of making money from her fame without her approval.

AceShowbiz –Rihanna seemed to have reached a settlement with Ronald Fenty. Just two weeks before the two were scheduled to appear in court, the “We Found Love” hitmaker dropped her entire lawsuit against her father.

According to the court documents obtained by Radar, the 33-year-old singer told the court on Tuesday, September 7 that she withdrew her lawsuit against Ronald. The self-made billionaire and her father were set to appear in court on September 22 for the trial.

They were originally scheduled to be in court in June but they agreed to postpone it to September. Of the reason why, Rihanna’s legal team explained that she was in the United Kingdom and would not be able to make it to Los Angeles due to the pandemic.

Back in 2019, Rihanna, born Robyn Rihanna Fenty, sued her father for using the family name to promote his venture called Fenty Entertainment. The Grammy-winning singer also accused him of using her name to make money without her approval. In her lawsuit, Rihanna insisted she has no involvement with Ronald’s Fenty Entertainment, which was established in 2017. She also asked a judge to issue an injunction against her dad to prevent him from further exploiting the name.

“Although Mr. Fenty is Rihanna’s father, he does not have, and never has had, authority to act on Rihanna’s behalf,” the legal documents read. The singer further claimed that her father was creating issues because he was booking shows for her even though he wasn’t her agent. She admitted that he booked a whole $15 million tour overseas and a couple of shows in Los Angeles without checking with her.

Rihanna went on saying that she had no knowledge of the concerts and it caused her reputation harm when it came to deal with venues and promoters. She also took issue with her father for reportedly trying to trademark their family name Fenty to use for boutique hotels, but the application was shot down.

For his part, Ronald fired back at his daughter’s suit and demanded it to be dismissed. The 67-year-old dad then claimed he was the first to use his last name and Rihanna needed to back up.