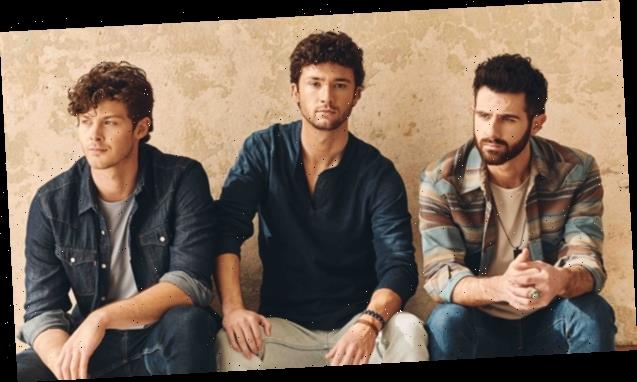 After COVID-19 put their plans on hold, country trio Restless Road is back with a new song, and they talk EXCLUSIVELY with HL about their new music, finding success on TikTok, Truff sauce, and more.

2020 was supposed to be Restless Road’s big year. After building a buzz in the early 2010s with a series of performances, including a pair of shows on Demi Lovato’s Demi World Your, the group (Zach Beeken, Garrett Nichols, and Colton Pack) teamed with Kane Brown to put out “Take Me Home,” a take on the John Denver classic. They had even dropped their debut EP and secured a spot on Kane’s massive arena tour. Everything was in place for Restless Road’s breakthrough. Then COVID-19 hit. The tour was postponed, and everyone was quarantined. “I don’t know if it’s a redo, but definitely looking forward to picking up where we left off at least,” Zach says during an EXCLUSIVE interview with HollywoodLife. “I think we’ll be back even bigger and better than we would have been had we gotten to do the tour last year.”

Those aren’t just empty words. Kicking off this second chance at a first impression is “Took One Look At Her Momma,” Restless Road’s first new music of 2021 and first since signing to Kane Brown’s 1021 Entertainment, a joint venture with Sony Music Nashville. While speaking with HollywoodLife, the band said that “didn’t let [last year] go to waste,” honing their chops as performers and songwriters. “Took One Look At Her Momma” proves this. A country music radio classic in the making, the song showcases Restless Road’s trademark golden harmonies in a heartfelt tune about love and family. It’s a perfect way to kick off their partnership with 1021 Entertainment and a perfect reintroduction to those unfamiliar with these rising stars.

Though, it seems the number of people who haven’t heard a Restless Road song dwindles more and more with every passing day. With the pandemic preventing their fans from seeing them, Restless Road decided to bring their brand of music and humor to their fans. “We just tried to find as many ways to…stay connected,” Colton tells HollywoodLife, “and one thing that we’re known for in Nashville is when we’re going to write, we’re always making up funny songs and just parodies and different stuff like that while we’re writing. So, that was able to shine this year on TikTok.”

“We just literally walked down just the block from our house, set up at the park, and we just crack them open, started drinking a little bit, sang it, posted it, and we woke up, and it had 80,000 views,” says Zach. “And we were like, ‘Dude, that’s our biggest one yet.’ We did it. We did it. And then, at noon, has half a million. And then we go to bed that night, and it’s at a million. And we gained 40,000 followers in a day, and we’re like… We were freaking out. We didn’t know what to do.”

“It’s at seven or eight million now. It’s crazy when you look back at that,” adds Garrett. “Then what happened was is we all got COVID right after that,” says Zach. “And so, we had to be quarantined, and we had no way to follow up our big hit, our video. We were like, ‘Our video’s blowing up. We can’t even make another one.’”

“But, we’d been a band for seven years, and we’ve had so many ups and downs through trying to get our music out and working with different people, and I think it’s really given us a lot of strength mentally and just how to deal with situations,” says Zach. 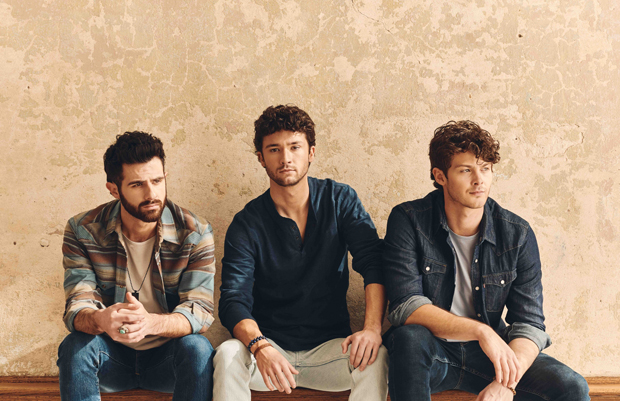 “We’ve been through some certain things,” he adds, “where there just seemed like there was no way out or, ‘What do we do next?’ or ‘Is this going to happen for us?’ But I think that was one of the things that kept us motivated, because we’d been there before a few times, and this was nothing new. ‘We’ve got to take it with a grain of salt, and we got to keep our head down and keep working and making ourselves better.’ This is time to work, not time to take off. We need to get it going, so that’s what we’d be doing.”

And get to work, they did. “People want new music, and you got to keep going forward,” says Zach. “We have new music definitely to share with people, and we’re going to start doing that starting next month. We have a single coming out (“Take One Look At Her Momma”) that we’re really, really pumped about, and we know our buddy Kane Brown is too. He’s really excited about the song as well. So we’re going to put that out and kind of go from there, but we definitely have the music.”

They have the music. They have the charm. All they need now is the sauce – particularly, Truff Sauce. The high-end truffle hot sauce is a favorite of Colton’s, and one needs to look at his Instagram. “I had a friend text me last week,” he says, after sharing his fondness for the hot sauce brand. He could’ve sworn up and down that I was sponsored by Truff because I talk about them so much, and he’s like, ‘So, Truff sponsored you.’ Are they sending you money?’ I’m like, ‘No dude, honestly, I just love it that much.” I can’t stop talking about it.’” And soon, as they stand on the verge of their breakthrough (again), everyone will be talking about Restless Road.