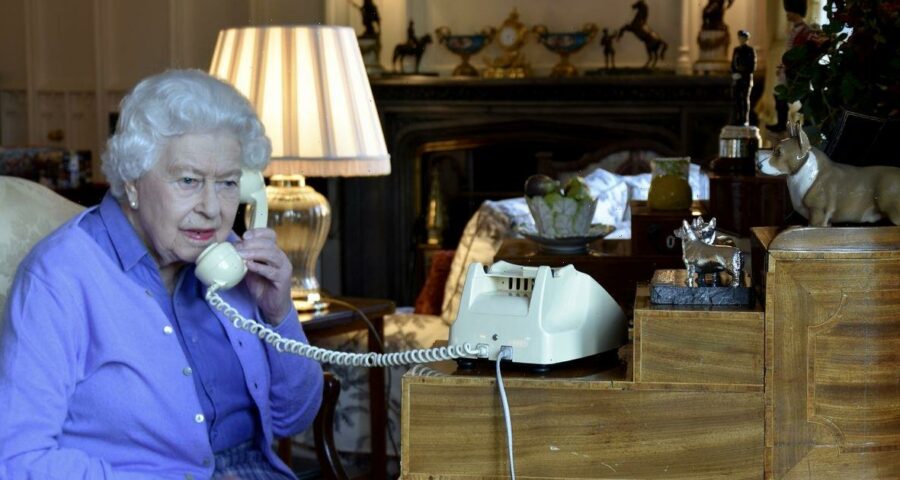 The Queen’s dining room is a place many would love to be a fly on the wall of.

One insider previously shared with OK! thatHer Majesty refuses to serve garlic at partiesbecause “it’s difficult to talk to people if you’ve got frightful breath”.

However, aside from parties, the Monarch, 96, has her own set of rules at her dining table that she enforces for her grandchildren and great grandchildren, includingPrince George ,Prince LouisandPrincess Charlotte.

Former MP Gyles Brandreth spoke toThis Morning about what dining with Her Majesty looks like – and it’s a pretty common rule she has enforced.

“The Queen is my role model in all things. One of the things she won’t allow at the table with her grandchildren and indeed her great-grandchildren is mobile phones at mealtimes.

“She likes a formal, and I too like a fairly formal meal. It doesn’t mean to say you have to have a napkin. But you do have to sit at the table nicely and you certainly mustn’t eat with your mouth open!”

Johnny said: “Detail is everything at royal events. They consider what the waiters eat before serving, too. If you’re working at a party for the Queen, you can’t have curry the night before. Imagine that aroma wafting around at a state banquet!”

In recent days, The Queen has been deputising more and more withBuckingham Palace recently rewriting her job role.

Previously, The Queen's duties as Head of State were detailed in a 13-point list, which included the appointment of the Prime Minister, and paying and receiving state visits.

Now though, it is less specific and says the Queen's duties "encompasses a range of parliamentary and diplomatic duties".

It highlights the support that the monarch gets by senior members of the royal family too, saying: "The Queen is greatly assisted by other members of the Royal Family who undertake official duties on behalf of Her Majesty."

The report also outlined the four key elements of the Queen's role as Head of State as being: "unity and national identity, continuity and stability, achievement and success and support of service", but it said that this will only be carried out "where appropriate or necessary".

The Queen was only seen twice during the four-day celebrations for herPlatinum Jubileein June.

The monarch appeared on the Buckingham Palace balcony alongside the senior members of the royal family on the first day of the celebrations for the annual Trooping the Colour flypast.

Her second appearance on the balcony came on the last day after the Platinum Jubilee Parade.