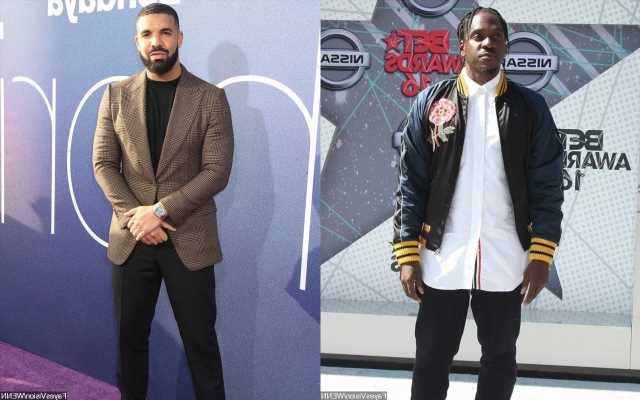 The ‘Mercy’ spitter, who has been feuding with the ‘God’s Plan’ hitmaker for years, proves that he is not a fan of the artwork that features 12 pregnant women emojis in various skin tones.

AceShowbiz –Pusha T has yet to put his feud with Drake to rest. Having been at odds with the Canadian star for years, the “If You Know You Know” rapper appeared to shade his nemesis by liking a social media post criticizing his “Certified Lover Boy” cover art.

In the caption, the critic wrote, “Ah love the smell of caucasity in the morning.” The user then sarcastically stated, “Thanks @champagnepapi for reaffirming the utter mediocrity that rises to the top of the art world!”

Pusha and Drake’s feud was recently reignited after the 33-year-old heartthrob took aim at Kanye West on his and Trippie Redd‘s collaborative single “Betrayal”. His verse reads, “All these fools I’m beefin’ that I barely know/ Forty-five, forty-four (Burned out), let it go/ Ye ain’t changin’ s**t for me, it’s set in stone.”

Having caught wind of the diss, Kanye shared on Instagram a screenshot of a group chat of eight people where he added Pusha. After sending an image of Joaquin Phoenix as Joker, the Yeezy designer declared, “I live for this. I’ve been f**ked with by nerd a** jock n***as like you my whole life. You will never recover. I promise you.”

The beef between Pusha and Drake began after the “Mercy” rapper released a song titled “The Story of Adidon” in which he alleged that Drake was hiding a son. In May 2018, Pusha claimed that he got the information from the estranged husband of Kim Kardashian.