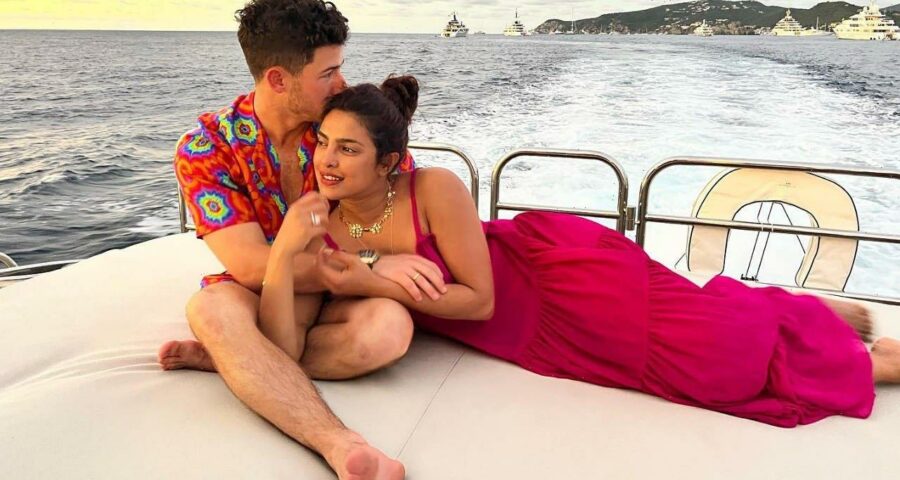 The ‘Quantico’ star and her husband decided to pursue surrogacy as they reportedly had been wanting to have a baby together for ‘quite some time’ but their busy work schedules had gotten in the way.

AceShowbiz –Priyanka Chopra and Nick Jonas are officially parents now. The “Quantico” actress and the one-third of the Jonas Brothers are “overjoyed” after welcoming their first child twelve weeks early via surrogate.

The couple, who tied the knot with three lavish wedding receptions in 2018, surprised their fans with exciting news of their growing family in a statement shared on their Instagram pages on Friday, January 21. “We are overjoyed to confirm that we have welcomed a baby via surrogate,” the pair wrote.

“We respectfully ask for privacy during this special time as we focus on our family,” Priyanka and Nick continued, before concluding their statement, “Thank you so much [red heart emoji].” However, they didn’t reveal further details about the sex or name of the child.

In the meantime, a source close to the couple told Daily Mail that Priyanka and Nick became parents on Sunday, January 16. The insider further added that the baby is a girl. She was born at 27 weeks at a Southern California hospital, where she will remain until she is healthy enough to return home with her parents.

According to the so-called inside source, Priyanka and Nick had been wanting to have a baby together for “quite some time,” but their schedules had gotten in the way of their family planning. They eventually contacted an agency to explore their options. The agency then connected them with a woman, who they believed was a good match.

“Priyanka doesn’t have any fertility issues preventing her from having a baby, but she is 39 now so it’s not getting any easier,” the informant explained, adding that “their busy work schedules also mean that it’s difficult for them to physically be together to conceive when she is ovulating.”

The insider added, “So some time ago they went down the surrogacy route,” before saying that this is the woman’s “fifth surrogacy.” The source continued, “They met her and really liked her.”

“The baby had been due in April but the surrogate ended up giving birth on Sunday, so she was very premature,” the source added more details. “Priyanka had been trying to get her filming all done before the baby was due in April but obviously this has completely thrown her plans.”

The insider also addressed rumors that there might be trouble in paradise in the “Baywatch” actress and her husband’s marriage. “There were rumors and speculation that the marriage was in trouble and that they might divorce, but that’s total nonsense. Nick and Priyanka are very happy together,” so said the source.

As for now, the baby girl and the surrogate are currently in hospital, as explained by the informant. Both Priyanka and Nick are waiting for the baby to be healthy enough to be moved to a hospital in Los Angeles.

The news of their baby arrived just days after it’s reported that Priyanka and Nick were “very interested” in starting a family after they were hit with divorce rumors, which left Priyanka feeling “very vulnerable.” A source spilled to HollywoodLife.com on January 18 that “they are on their own pace and aren’t going to be rushed or be pushed into a place where their fans want their relationship to go.”

The source further insisted that “all is well with Nick and Pri, and it is really nice to see.” The insider also said that the two “know the drill about being in a Hollywood relationship,” adding that they knew that everything they do “will be speculated on and looked at in each and every way.”