Prince William talked about how he did not know ‘what came over’ him and when he sang ‘Livin’ On a Prayer’ with Taylor Swift and Bon Jovi at the Centrepoint fundraising gala in 2013.

Prince William, 39, is looking back on one of the most memorable moments in his past in a new interview. The Duke of Cambridge recalled singing on stage with Taylor Swift and Jon Bon Jovi at the 2013 Centrepoint fundraising gala after the “Fearless” singer, who he was sitting next to at the event, suggested he join them.

“I can’t believe I’m actually telling you this story… I turn up and Jon Bon Jovi and Taylor Swift are at the event, which nearly knocked me off my feet,” he said on the Apple Fitness+ special festive episode of its “Time To Walk” audio series. “And then, I went inside, met everybody, a lot of handshaking to do those nights, a lot of chatting. I try and be charming and interactive. Occasionally, you’re not having a good day, and it’s a little harder to come by.”

“When I sat down to watch Jon Bon Jovi do his performance, I thought, ‘That’s it. My job is done. I’ll get a dinner in a minute, and I might be able to have a chat to some people, and, you know, I’m off-duty a little bit now,’” he continued. “Little did I think what was going to happen next. I’m sat next to Taylor Swift. She’s on my left – and after Jon does his first song, there’s a pause and she turns to me.”

“She puts her hand on my arm, looks me in the eye and says, ‘Come on, William. Let’s go and sing,’” he added. “To this day, I still do not know what came over me. Honestly, even now I’m cringing at what happened next, and I don’t understand why I gave in.”

“But, frankly, if Taylor Swift looks you in the eye, touches your arm and says, ‘Come with me…’ I got up like a puppy and went, ‘Yeah, OK, that seems like a great idea. I’ll follow you,’” he hilariously went on. “I walked up on stage in a trance and then sort of halfway through Jon Bon Jovi’s “Livin’ On A Prayer” song, I wake up.” 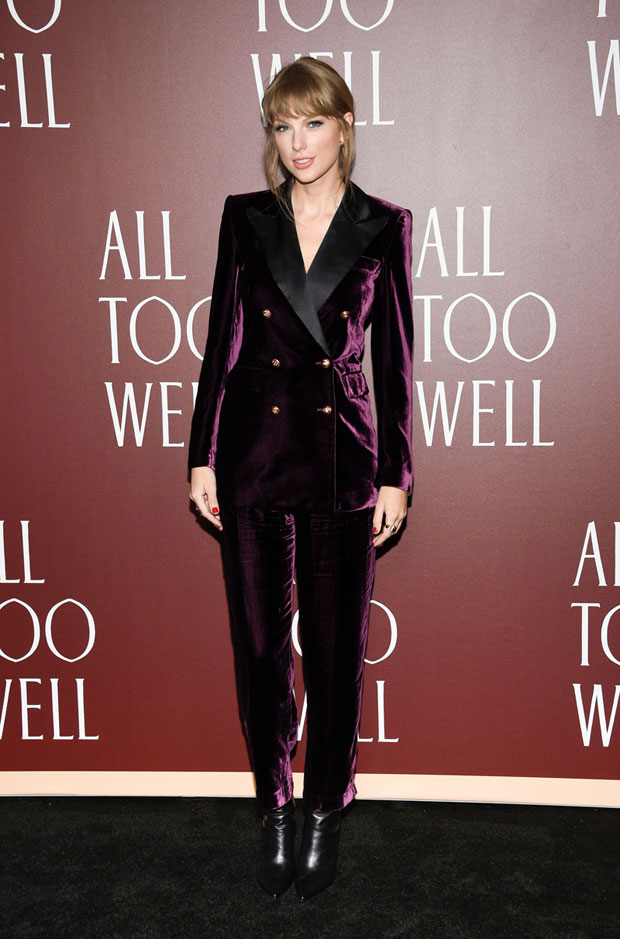 William spoke even further about the nervous feelings he had while belting out the popular lyrics of Bon Jovi‘s iconic rock song. “I’m thinking to myself, ‘Am I standing on the stage singing ‘Livin’ On A Prayer’ when I don’t even know the words? But the Centrepoint young guys and girls were there, all loving it and cheering away,” he explained. “So I thought, ‘Well, if they’re enjoying it, then the night is for them. So sod it. I can’t be the doofus who’s going to ruin it for everyone.’ And so I desperately try and remember some of the words and sing as hard as I can.”

William also admitted there “was a lot of sweating going on” during the big moment before further explaining that although some may “think I’m comfortable on stage. When I do speeches and things like that, I’ve done so many now, they’re not a problem. But I’ve not done singing.”

Despite his apprehensions about the sing-a-long, the performance, which can be seen in the video above, was a great one full of energy and smiles and was a highlight of the special night.