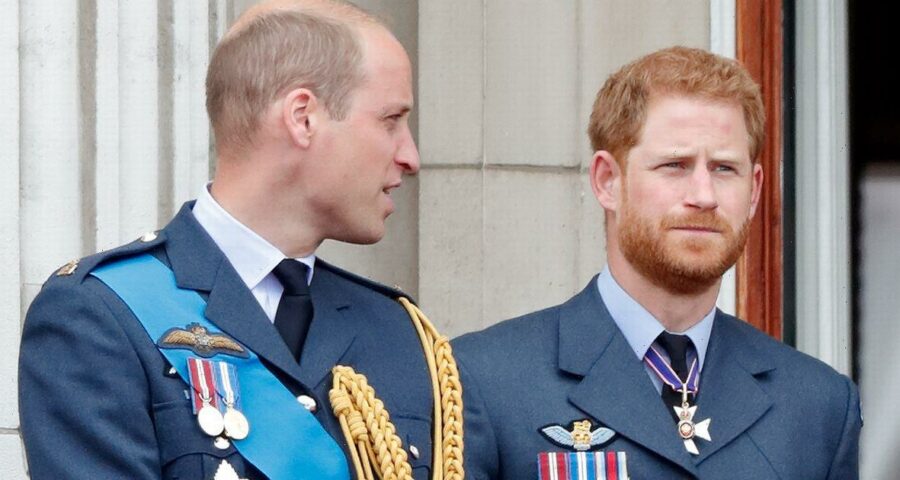 Plenty has been written about the state of Prince William and Prince Harry's relationship, and now it's been reported that William is fed up of his brother's "media antics".

The dad-of-three, who was 'thinking about Christian Eriksen' after his collapse, is said to be over his sibling's public interviews about the Royal family.

A source told In Touch Weekly magazine: "The royal family, especially Prince William, is sick of all the drama being played out so publicly.

"They've agreed to put their issues [aside] in public, but behind closed doors, everyone is bracing for a showdown.

"[Harry and William's] relationship has been strained for months. They're due for a long talk to hash out their issues."

Prince Harry's relationship with his family was first reported to be fractured when he and his wife Meghan Markle decided to step down as senior royal members.

Since then, the pair have publicly gone on record to open up about life as royals and it hasn't gone down well with the rest of the clan.

It is thought that Princess Diana's statue unveiling on 1 July will be the first time William, 38, and Harry, 36, will come face to face since Prince Philip's funeral.

Speaking about the reunion to OK!, royal commentator Angela Levin said: "Harry doesn’t like his own privacy being broken, but he seems to be breaking it for his own family.

"It’s nerve wracking – they are worried about any conversations they have with Harry being relaid or leaked to the press. The royals just can’t trust him right now.”

The statue of Diana has been created by acclaimed British artist Ian Rank-Broadley, who also designed the UK coins which feature her majesty the Queen’s profile from 1998 onwards, as well as a portrait of Elizabeth and Prince Philip on the 2007 crown coin, celebrating their sixtieth wedding anniversary.

“William and Harry had been working on this project together since 2017 and it means a great deal to both of them,” royal expert Angela says.

At the time the idea was announced they made a joint statement saying, “Our mother touched so many lives. We hope the statue will help all those who visit Kensington Palace to reflect on her life and her legacy.”

"William and Harry may get a chance to talk and try to resolve some issues, but Harry is very impulsive and he wants things solved quickly, which unfortunately isn’t going to happen," Angela admitted.

"His short trips back to the UK don’t leave enough time for healing."