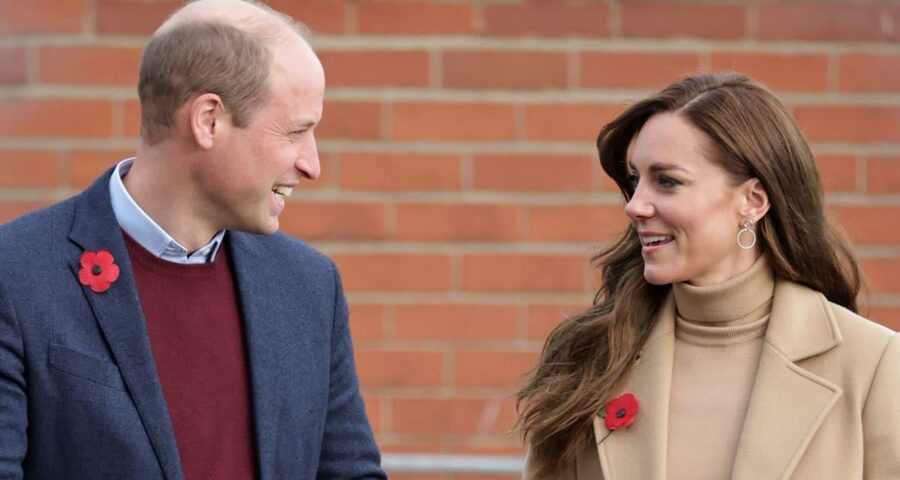 The Prince and Princess of Wales travelled to Scarborough on Thursday to support young people’s mental health services.

MORE: Prince William’s love token to Kate Middleton at university that proved he was smitten

The Royal Foundation of The Prince and Princess of Wales and Yorkshire-based organisation, the Two Ridings Community Foundation, have joined forces to generate an impressive pool of funding.

During their visit, the royal couple will meet with local organisations The Street and The Rainbow Centre before distributing £345,000 of funding via a grant panel of the Two Ridings Community Foundation.

The panel includes young people who have themselves been supported by local community organisations, helping to ensure that the money goes straight to the services that have the greatest impact.

REVEALED: The palace’s secret rooms – from a cinema to indoor pool

The funding will be used to boost the provision of safe spaces, affordable sports and outdoor activities, youth work, creative workshops and mentoring. 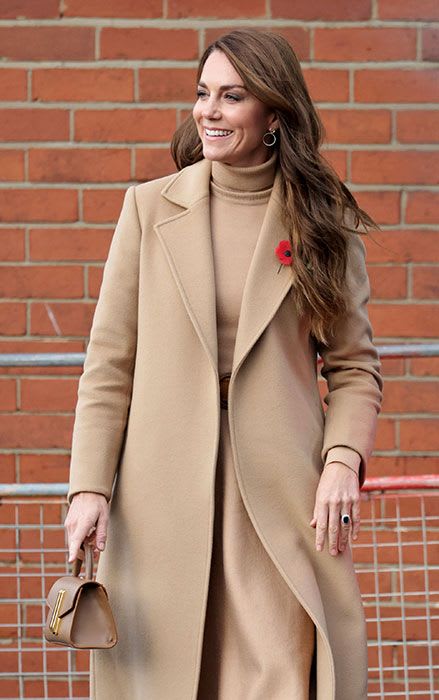 “Tackling the stigma around mental health and ensuring that help is there for those who need it continues to be one of society’s biggest issues.” 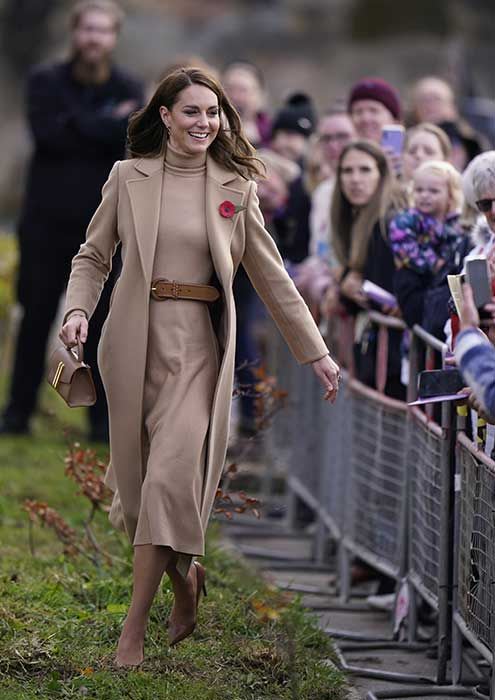 The royal was greeted by a cheering crowd

She continued: “The Royal Foundation is therefore delighted that by working with Two Ridings Community Foundation, we have played a pivotal role in galvanising funding to support the organisations doing this vital work in the community, creating a long-lasting impact for young people in Scarborough.”

Kate looked super stylish as always, wearing a sumptuous beige overcoat layered over a belted turtleneck beige knitted dress featuring long sleeves and a figure-skimming fit. The Princess wore her hair down loose with a side parting and natural makeup highlighted her lovely features.

The mum-of-three appeared in high spirits

William, meanwhile, looked smart in a navy suit and burgundy jumper. He finished off his outfit with a pair of suede brown shoes.

The visit comes after Princess Kate, 40, returned to work on Tuesday after a family break with Prince William and their three children, Prince George, Princess Charlotte and Prince Louis. The royal – who is one of the patrons of the Royal Foundation of the Prince and Princess of Wales – received the Chief Executive, Amanda Berry, at Windsor Castle. 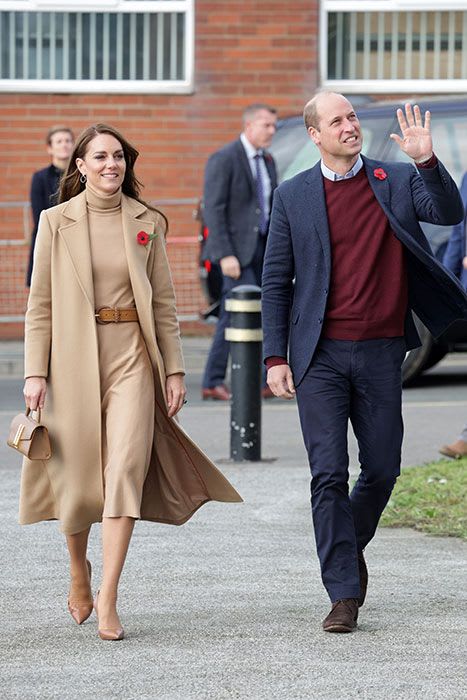 Kate then spoke with the Dean of Westminster, the Very Reverend Dr David Hoyle, via telephone before holding an Early Years Meeting.

And this weekend, the mum-of-three will make a very special appearance to cheer on the England rugby team. Kate will watch England in their Rugby League World Cup quarter-final against Papua New Guinea in Wigan on Saturday.