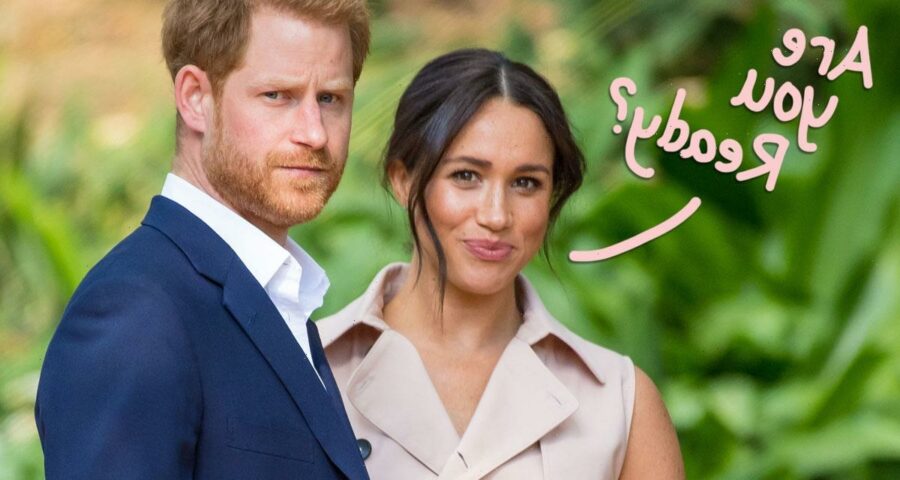 Royal fam fanatics, your wait is almost over!

As we’ve previously reported, Prince Harry and Meghan Markle are set to unveil exactly what’s been going down with their royal falling-out in two upcoming projects: Harry’s upcoming memoir and a Netflix docuseries. Spare is set to hit shelves of bookstores everywhere on January 10 of next year. The Netflix show was a little cagier… However, we now know when exactly the Netflix project will be ready to binge as well!

According to Page Six, the streaming event will debut on December 8!! Yes, you read that right! That’s just a little over two weeks away!

While sources told the outlet it was originally supposed to be titled Chapters, it is now believed the couple have changed their minds — but the new title is currently unknown. No wonder Netflix hasn’t announced the date! You can’t very well do a teaser without a title! (And yeah, Chapters isn’t so great…) But they better come up with a title and a teaser fast as December is quickly approaching. While there’s notoriety surrounding the series, that isn’t exactly the same thing as hype.

We’d especially think they’d want to give fans a first look considering it might put fears to rest. Sources said the docuseries will actually explore the estranged royals’ “love story” — which sounds a lot more pleasant than what we’ve heard! But then again, their romance involves some serious pushback from other royals, the press, and a lot of UK trolls. So we’re guessing that’s a big part of it, too.

In the wake of Queen Elizabeth II’s September death, the spouses were believed to be “having second thoughts,” raising questions over the possibility of a delay, or a change of edit, but it seems as though the Netflix execs pushed for a release date sooner rather than later!

“It’s nice to be able to trust someone with our story — a seasoned director whose work I’ve long admired — even if it means it may not be the way we would have told it.”

Will you be tuning in on December 8, Perezcious readers? What do you hope to learn from the tell-all? Let us know in the comments (below)!