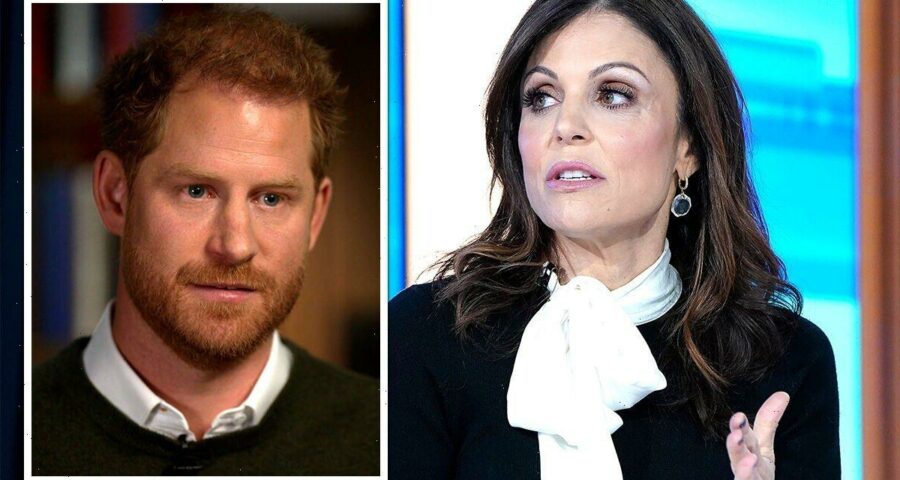 Meghan Markle: Expert speculates on release of her own book

Bethenny Frankel, 52, starred in eight seasons of The Real Housewives of New York City, and believes the Duke of Sussex is looking towards the reality stars for ideas of what to do next. The claims follow the release of Prince Harry’s memoir Spare, in which he seemingly shares contents of private messages he had received from his brother Prince William and his sister-in-law Kate Middleton.

Prince Harry and Meghan Markle have re-incited public fervour over the past month with their Netflix documentary, tell-all interviews and the Duke’s groundbreaking memoir.

Most recently, the memoir has made waves as people reach different revelations over time, and one particular part is now causing a stir, in which the Duke shared seemingly private texts the couple had received from the Princess of Wales.

The way the excerpt was written makes it debatable whether the Prince is actually quoting texts or simply retelling the conversation which reportedly led to one or both of the royal wives crying.

The Real Housewives star slammed Prince Harry regardless, saying the moment felt startlingly familiar to when the housewives would bring “receipts” to reunion specials.

Speaking on her podcast ReWives, titling the episode: The Real Royal Housewives? Bethenny questioned whether Harry or Meghan had felt inspired by the show.

She also joked that Prince George’s future girlfriends “will have to sign NDAs” to avoid situations like this going forward.

The businesswoman declared in the episode’s blurb: “Meghan Markle is ripping pages straight from the Real Housewives handbook.”

She continued: “It made me really think of the Housewives,” Frankel told her listeners on Wednesday.

“When we first started out on the Housewives, no one showed receipts at a reunion, no one ever dared read someone’s texts.”

In later years of the show, Bethenny noted that it became “common practice” to show private correspondences like texts or emails to provide evidence for their feuds.

She declared she would never do anything like that, saying: “It’s part of my code.

“Barring something seriously illegal where you must prove something, I can’t believe people share texts. I’ve had people share my messages publicly for clickbait.”

The media personality praised Kate for being the bigger person.

She explained: “What happens with the Housewives is someone shares receipts and then someone says ‘Oh, well what about when this happened.’

“But Kate’s not playing in the Housewives sandbox. Kate is rising above as a member of the royal family, she cannot go back and forth and share what texts she has.”

However, having been in similar predicaments during her divorce, Bethenny noted it can be “frustrating” when “one party is totally silent and the other is talking”.

The Housewives star, with her experience in the powers of the media, denounced Harry and Meghan’s claims, saying: “It just doesn’t seem that plausible that every time Meghan got more popular than Kate they would put negative stories. It just doesn’t track, it’s very Housewives.”

Bethenny also admitted that the phenomenal interest in the royal couple wouldn’t even be dented by her opinion, so she chose to air it anyway.

According to Newsweek, the Housewife’s comments have not damaged book sales of Spare.

In fact, Spare has broken a literary Guinness World Record for the fastest-selling non-fiction book since records started.