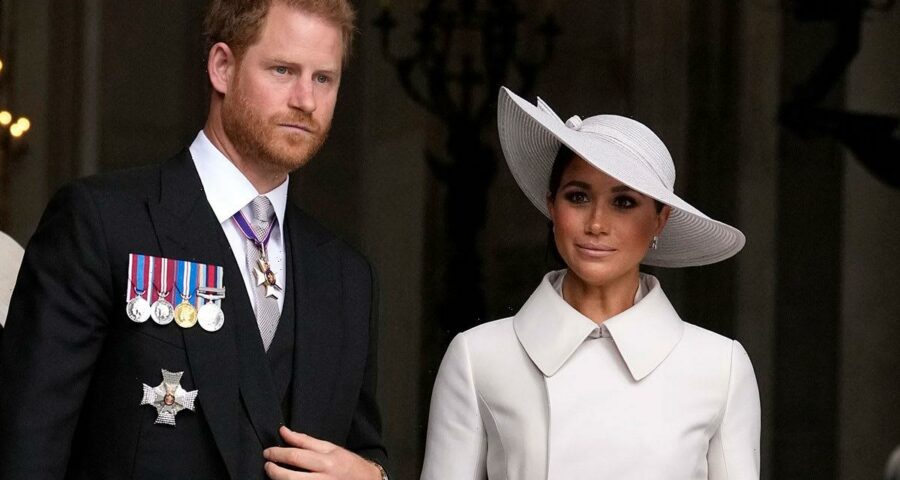 The Duke and Duchess of Sussex‘s controversial Netflix series premiered on 8 December, and while they may have stepped back as senior royals, they still retain their titles.

Following the Sandringham summit agreement in March 2020, Buckingham Palace released a statement confirming that Prince Harry and Meghan would no longer use their HRH titles.

Relations between the couple and their immediate family are strained, and accusations have been made against the royal family in the documentary.

Harry accused his family of having a “huge level of unconscious bias” and said that the palace had “planted stories”.

Can Harry and Meghan be stripped of their dukedom in future? And would that decision be made by King Charles? HELLO! investigates…

The monarch has no powers to remove titles and this would require an act of parliament. The last time this happened was in 1917 when King George V passed the Titles Deprivation Act to remove the British peerage titles of several German and Austrian royals during the First World War.

DISCOVER NEXT: Meghan Markle and Prince Harry’s relationship timeline: from their first date to baby Lilibet

The Sussexes stepped back from royal duties in 2020

Therefore, only an amendment in the law could see the Duke and Duchess have their titles revoked in future.

Labour MP Rachael Maskell already has a bill going through Parliament which would give the monarch new powers to remove titles, or a committee of Parliament to determine that a title should be taken away.

She previously said that her constituents made it clear to her that they wanted the Duke of York‘s title to be removed following his settlement in February 2022 with Virginia Giuffre, who accused Prince Andrew of sexual assault.

The Duke has denied all allegations.