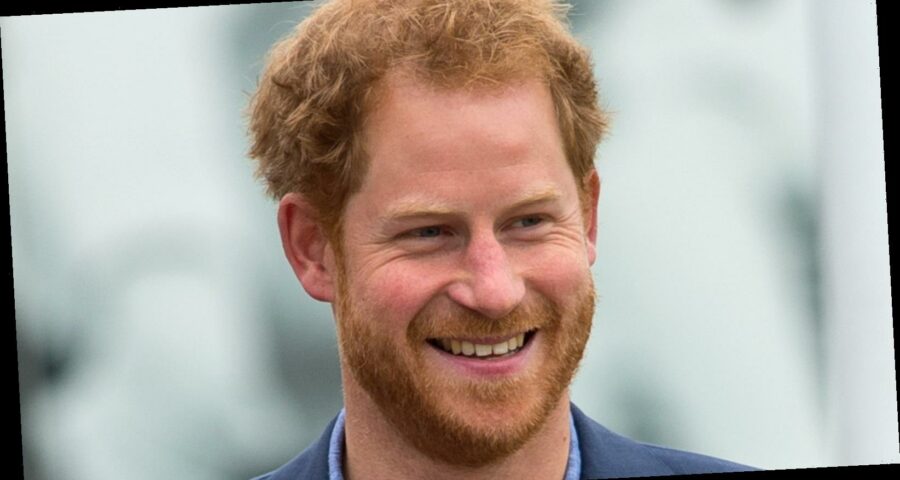 From his joint multi-million dollar deals with Netflix and Spotify to a move from Britain to the West Coast of the United States, Prince Harry spent much of 2020 following wife Meghan Markle back to her roots in Hollywood. And now he’s joining yet another showbiz staple: James Corden’s popular “Carpool Karaoke”! On Feb. 5, 2021, the ginger prince was all smiles when he was spotted filming a segment with the host of The Late Late Show in Los Angeles while on top of an open-air bus.

According to a source cited by People, “They taped a COVID appropriate segment of Carpool Karaoke on the double decker. They have been friends for years and had a great time.” It was a nice mix of work and play for the two Brits, with the insider noting that there was “a lot of joking around and laughter” as “they toured Hollywood and James showed Harry some special landmarks. They also chatted about Harry’s life in the US and his focus now.”

This certainly seems to be a fun, music-filled segment to look forward to. But how close are Prince Harry and James Corden?

While it’s unknown how James Corden and Prince Harry met, the comedian and his wife, Julia Carey, were actually in attendance at the Duke of Sussex’s wedding to Meghan Markle back in May 2018. Speaking about the oh-so-famous nuptials on an episode of his show, Corden revealed, “It was so lovely. I’ve known Prince Harry about seven years now and it was wonderful.” He went on, “It was one of the most beautiful ceremonies I’ve ever been to. It was gorgeous, it was a whole affair, it was happy, it was joyous, it was uplifting.”

But the jokester had one complaint: “The worst part of the ceremony for me was there was flowers everywhere, the most beautiful flowers you’ve ever seen. And I get quite bad allergies if I’m in such close proximity to flowers, so for a lot of the ceremony, I just needed to sneeze.” Corden added, “Right at the point when the archbishop was saying, ‘If anyone knows of any reason…’ and I was like, ‘Please don’t sneeze. Please don’t sneeze.'”

As for Prince Harry, it certainly seems like he’s settled into California life quite well since he and Markle stepped down as senior royals in January 2020. A source cited by Us Weekly in January 2021 said that he’s not only “thriving,” but also “isn’t looking back,” adding, “Harry doesn’t have any regrets about leaving the royal family whatsoever and is really happy in Montecito.”