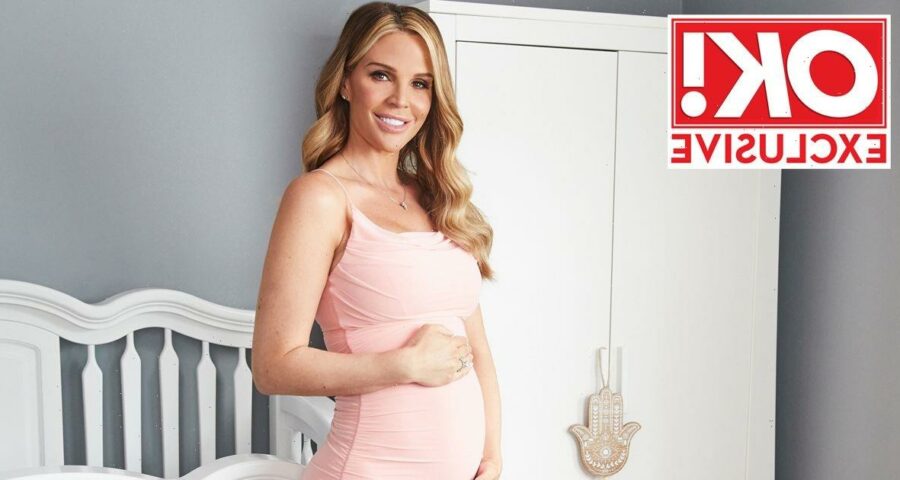 Pregnant Danielle Lloyd has exclusively opened up on her "traumatic" hospital dash after her children called an ambulance as she collapsed at home on Friday.

The 37 year old is currently expecting her fifth child – and is finally getting her long-awaited baby girl after welcoming four sons.

But the model's and reality star's pregnancy took a dramatic turn on Friday as she collapsed after feeling pains in her stomach.

Opening up on the ordeal to OK!, the brunette beauty said: "It was really traumatic. I was at home alone with the kids and I got terrible pains in my tummy.

"I went to the toilet and I fell and passed out, it was so scary."

She praised her sons – Archie, 11, Harry, 10, George, seven, and three year old Ronnie – for their quick thinking to get her the help she needed.

Danielle said: "Thank God my kids were so quick thinking. They went and knocked at our neighbours' and called an ambulance. I can't thank them enough.

"I had really low blood pressure, I was so worried for the baby and it was obviously so terrifying for the boys, but I'm so proud of them."

She continued: "I'm ok now and out of hospital. The baby is fine, thank God. When we got to the hospital they did loads of checks.

"They had to do a heart ECG and checked me over for infections. The baby is fine, I've just got to rest and stay hydrated. I'm literally just taking it easy and relaxing now."

Danielle exclusively announced she was expecting a baby girl with husband Michael O'Neill in an exclusive OK! interview earlier this month.

She excitedly said: "I'm over the moon. I can't really believe it, to be honest. I don't think it will feel real until she arrives.

[The doctor] handed Michael a bit of paper, which said, 'It’s 99% a baby girl.' I burst into tears straight away, I just couldn’t believe it."

"I’ve been getting the nursery ready and it’s the first time I’ve been looking for pink stuff," she said.

"The pregnancy’s gone really quickly actually, but because I’ve got four other kids to concentrate on, and we’ve had house renovations going on, I’ve had other things to think about."

For the latest on Danielle's pregnancy, make sure you're signed up to OK!'s daily celebrity newsletter.