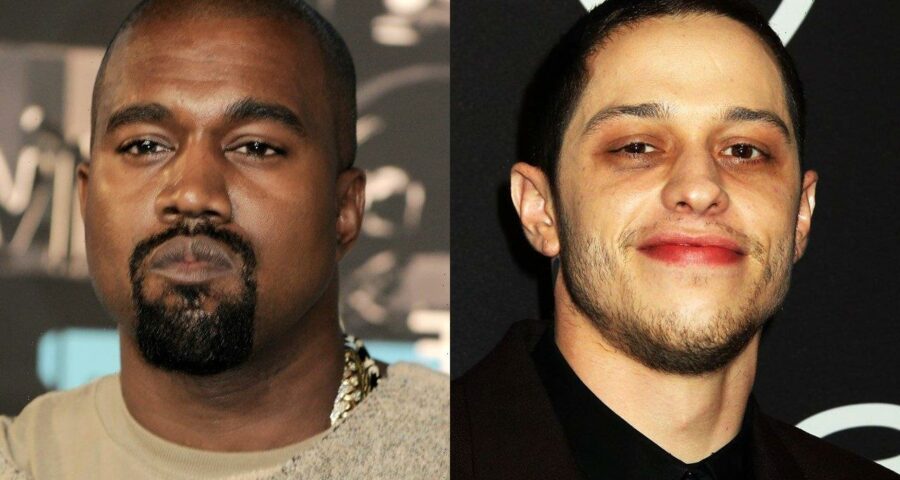 During his appearance on ‘Netflix Is A Joke: The Festival at the Hollywood Bowl’, the ‘Saturday Night Live’ star also talks about how Ye once accused him for being gay and having AIDS.

AceShowbiz –Pete Davidson reacted to Kanye West‘ insults in a stand-up special. Performing for “Netflix Is A Joke: The Festival at the Hollywood Bowl” on Thursday, April 28, the “Saturday Night Live” star joked about being “humiliated” by the rapper.

The comedian addressed how the ‘Famous’ rapper once accused him for being gay and having AIDS. He later joked that he believed the rapper’s lie since he’s a “genius,” adding that being humiliated is “weird when you can’t do anything about it.”

The comedian went on to joke about his life before dating Kim Kardashian, recalling a basketball game in December 2021 with Chris Rock and Jon Stewart. “Before life was over,” he added. He noted that he and Chris had subsequent troubling things happen to them afterward.

He also joked about seeing [ Harlow] collaborate with Ye. Pete claimed that despite his friendship with the rapper, he wasn’t upset. However, things would be different if his “King of Staten Island” co-star, Bill Burr, went to Ye’s Sunday Service.

Ye has been throwing insults to Pete after he started dating Ye’s estranged wife. The rapper received criticism over a disturbing music video where the 44-year-old rapper included a graphic animation scene in which he decapitates and buries him.

The emcee has been laying low now. According to a new report, the Yeezy designer is “focusing on healing” and “trying to disconnect from all the drama that happened between him and Kim.”

“He is focused on taking care of himself, getting healthier, and removing himself from all the craziness,” the informant adds. “He cares deeply about his family and kids. They are his number one priority and he’s working on himself.”