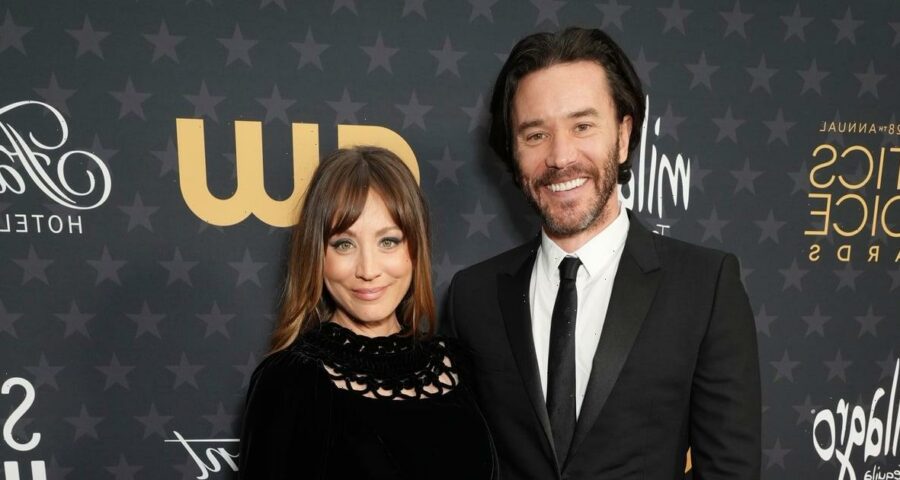 Kaley Cuoco and Tom Pelphrey had another night out before the arrival of their little one at the 2023 Critics’ Choice Awards. The two stars stepped out for a glamorous red carpet appearance Sunday night, and though they held back on the PDA, they did show up in matching all-black outfits — Cuoco in a flowy, long-sleeved dress and Pelphrey in a sleek tuxedo. The couple’s latest outing comes shortly after they attended the 2023 Golden Globe Awards together.

Cuoco and Pelphrey first announced their romance back in May 2022 when they shared a series of sweet photos together on social media. A few months after they took their relationship public, the pair revealed in October that they were expecting their first child together. “💕Baby girl Pelphrey coming 2023💕,” Cuoco captioned a photo series on Instagram, “beyond blessed and over the moon… I 💓you @tommypelphrey !!!”

Earlier this month, Cuoco celebrated her pregnancy at her lavish baby shower, sharing on Instagram that she was “surrounded by incredible friends, family & animals in the most magical environment.” “Thank you to the very special group of people who made it a night we will all remember for the rest of our lives 💓,” she captioned a slideshow of snaps, which included a few of her and her beau.

The parents-to-be are expecting their baby girl any day, but it seems they’re trying to have the last of their date nights before she arrives. Ahead, see their Critics’ Choice Awards photos.