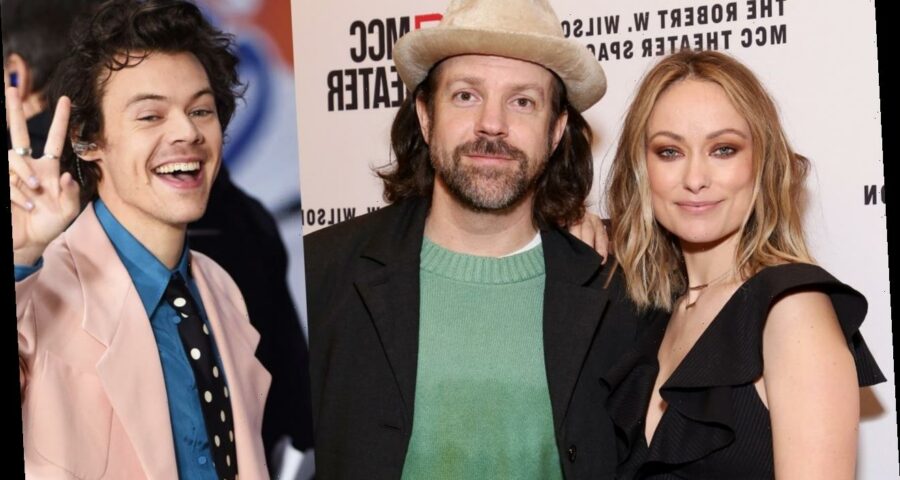 In related news, the rumored lovebirds are allegedly planning to keep low profile as a source claims, ‘they were very careful about it and even sleuthy at times.’

AceShowbiz -More details about the timeline of Olivia Wilde‘s new relationship with Harry Styles have found their way out online. According to a new report, Olivia put an end to her and comedian Jason Sudeikis‘s nine-year relationship after the singer sent her some flirty texts.

A source revealed to The Sun that Jason grew suspicious on the nature of the pair’s relationship as they work together for “Don’t Worry, Darling“. “Jason is absolutely devastated that Olivia went behind his back and started seeing Harry,” claimed the source.

“To see them out and about publicly holding hands is really difficult for him,” the insider went on to say of the comedian, who shares two children Otis Alexander (6) and Daisy Josephine (4) with the director. “But he’s more upset than angry and desperately wants her back.”

It was also said that Olivia told Harry that she was single when they first started dating. Meanwhile, previous report stated that Jason and Olivia were pretty much together in the fall.

“She and Jason were very much together as recently as this fall,” a source claimed to PEOPLE. Jason, who was allegedly “heartbroken” over the split, “feels that the timeline that Olivia and Harry would like people to believe–that she and Jason split ages ago, long before she became involved with Harry–is simply not accurate.”

The informant continued, “She began filming [‘Don’t Worry Darling’] in September, and by October, he began to get the impression that she wanted out. By November, they’d announced their split. But that’s how quickly it happened, and none of it happened until she began filming with Harry.”

In related news, Harry and Olivia were allegedly planning to keep low profile. “Olivia and Harry were able to keep their relationship under wraps for a bit before it became public knowledge,” a source spilled to Us Weekly. “They were very careful about it and even sleuthy at times, although the small group of people who were on set with them every day eventually figured it out.”

The rumored lovebirds further added fuel to the speculations as the “Watermelon Sugar” hitmaker was caught on camera packing on some PDAs with her. In a picture that circulated online, the “Sign of the Times” singer was seen sweetly wrapping his arm around her.