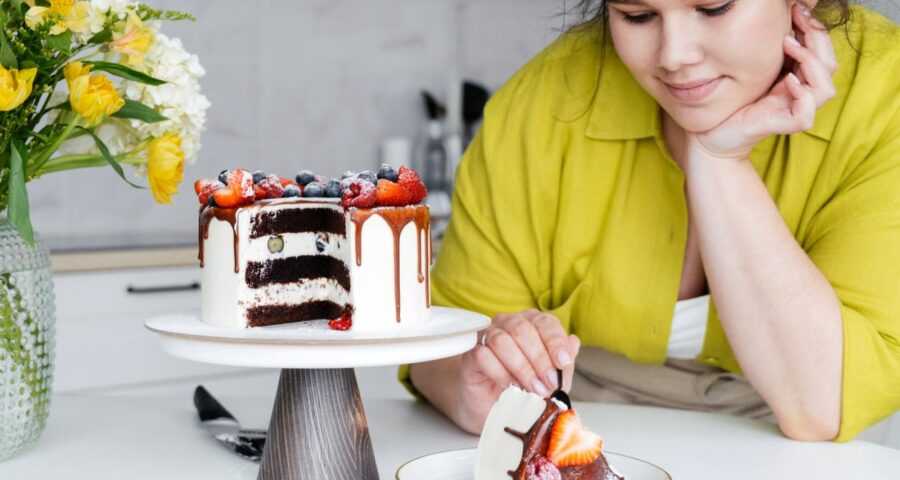 ‘We found that in fatty liver patients, something happens that blocks insulin secretion.’ Reports say that 1 in 11 people in India is diagnosed with diabetes which is the second highest in the world, after China.

Every sixth person with diabetes in the world is an Indian.

This is an alarming statistic.

It is against this background that a study conducted by researchers at IIT Mandi, led by Associate Professor Dr Prosenjit Mondal on the connection between non-alcoholic fatty liver and Type 2 diabetes, assumes significance.

What was the beginning of the research on the link between fatty liver and Type 2 diabetes?

It started 4-5 years ago. The main focus in my lab at IIT Mandi is on metabolic diseases like non-alcoholic fatty liver diseases (NAFLD) and Type 2 diabetes.

From the data available in India and abroad, it is known for a long time that the occurrence of Type 2 diabetes in non-alcoholic fatty liver patients is significantly higher.

That made us ask the question, why are non-alcoholic people with fatty liver susceptible to diabetes?

One of the major reasons for Type 2 diabetes is the dysfunction of pancreatic beta cells.

Beta cells are the ones that secrete insulin.

We found that in fatty liver patients, something happens that blocks the insulin secretion from the beta cells.

It is like one organ talking to another organ. In biological terms, we call it inter-organ cross-talk.

Once the liver starts accumulating fat, it talks to the pancreatic beta cells in such a way that they stop secreting insulin.

That made us think about finding out what is secreted from the fatty liver that stops insulin production.

That was how we started doing a lot of experiments in my lab and also studying clinical samples from fatty liver patients. Is that how you found out that a calcium-binding protein is released from the fatty liver that adversely affects the insulin production of the pancreas?

Yes. The calcium-binding protein is S100A6.

There are many calcium-binding proteins, but this is called S100A6, and it gets secreted from the fatty liver.

S100A6 gets released into the blood, and through systemic circulation, it reaches the pancreatic beta cells and binds with the beta cells making it dysfunctional.

In what way does S100A6 binding the beta cells stop the pancreas from functioning?

What happens is, that when S100A6 binds with the receptors (RAGE) in the pancreatic beta cells, it is unable to produce what is needed for cyclic AMP and ATP synthesis.

Does it block the production of insulin completely, or reduce it? Does it vary from person to person?

When we did our research in the mice model, we found that there is a significant reduction in the production of insulin.

When our study in mice found that S100A6 is such an important factor, we decided to conduct a study in a clinical sample of non-alcoholic fatty liver patients.

Along with that, we checked the S100A6 level in healthy people.

Then we found that those with fatty liver have high S100A6 levels in their bloodstream.

From the statistical analysis, we found that patients with more S100A6 have fatty liver and also less insulin in the blood. What stimulates the non-alcoholic fatty liver to produce more S100A6?

There are several reasons why the non-alcoholic fatty liver produces the calcium-binding protein S100A6.

The liver is the major organ that synthesises lipids, and it is called de novo lipogenesis which is regulated by insulin.

It has been found that patients with non-alcoholic fatty liver diseases have enhanced de novo lipogenesis.

One of the proteins that play a major role in lipid synthesis is ChREBP (Carbohydrate Response Element Binding Protein).

When a patient has non-alcoholic fatty liver disease, it has more ChREBP.

It means, those mice eventually accumulated lipid in the liver.

The result was, ChReBP not only enhances lipid synthesis in the liver, but it also enhances S100A6 protein production.

When S100A6 gets released into the blood, it reaches the pancreas and blocks insulin production.

India is described as the diabetes capital of the world. Is non-alcoholic fatty liver quite common in this part of the world?

The NAFLD represents a spectrum of liver diseases, and it is very common here with 49-53% of the population suffering from it.

The NAFLD represents a spectrum of liver diseases that starts with the simple accumulation of liver fat.

It may progress to NASH (If you have fat in your liver plus signs of inflammation and liver cell damage, the disease is called non-alcoholic steatohepatitis or NASH), then liver fibrosis and eventually liver cancer and liver failure.

Has it anything to do with our food habits?

Yes, it is a lifestyle disease.

The two major reasons are carbohydrates index and genetic predisposition.

Though Indians and Asians look lean, the body mass index is high which means we are genetically pre-disposed.

Added to that are our food habits and lifestyle changes. Your research also said that S100A6 can be used as a biomarker to diagnose Type 2 diabetes early. Does that mean Indians should be doing a test for S100A6 so that they can find out whether they are prone to diabetes?

Though we have found that non-alcoholic fatty liver patients have more S100A6 in the blood, to consider it as a biomarker, we have a long way to go. Right now, we have just suggested it.

Our sample size was only 28.

So, we have to increase the population study, we have to also conduct more studies before we can propose it.

While the research is still early stage, we are working in this direction in our lab.

We believe that this finding may offer new diagnostic as well as therapeutic in restoring β-cell function in NAFLD.

Diagnostic means, S100A6 may be used as a biomarker for Type 2 Diabetes risk.

As I said earlier, when S100A6 gets released into the blood, it blocks insulin secretion.

So, as treatment, you can either block the release of S100A6, or you can neutralise S100A6 after it gets released into the systemic circulation.

We can also come up with a small molecule that can antagonise the interaction between S100A6 and its receptor in pancreatic beta cells.

This is our hypothesis and we have done it successfully in the mice model.

We have to find out whether it is possible in humans or not.

Though our data support the hypothesis, it is a long way to go.

It took four years for us to reach this level.

If it turns out to be successful in humans, it can be pathbreaking…

Yes, we have found in the mice model that by antagonising S100A6, you can stop the progression of Type 2 diabetes in NAFLD patients.

It is a long way to go, but we have high hopes.

So far, there is not a single therapeutic drug available for non-alcoholic fatty liver diseases.

If it is successful, it can work for NASH patients and also will be therapeutic in restoring beta cell function in NAFLD.