‘New Amsterdam’ is back for season 3 and tackling COVID-19 head-on. HL spoke EXCLUSIVELY with the EPs about Reynolds coming back, Kapoor’s recovery, and the big Sharpwin love triangle of season 3.

The end of New Amsterdam season 3’s premiere was the ultimate callback to the series premiere. When Max needed help with Kapoor’s heart following his battle with COVID-19, he called Reynolds. Reynolds picked up the phone and said, “How can I help?”

HollywoodLife spoke EXCLUSIVELY with executive producer David Schulner and Peter Horton about whether or not Reynolds’ return will be full time or now. They also discussed how Kapoor’s “struggle” continues, and he will not have a “TV recovery.” Shin is sticking around, which means a Sharpwin love “triangle” is ahead. Read our Q&A below: 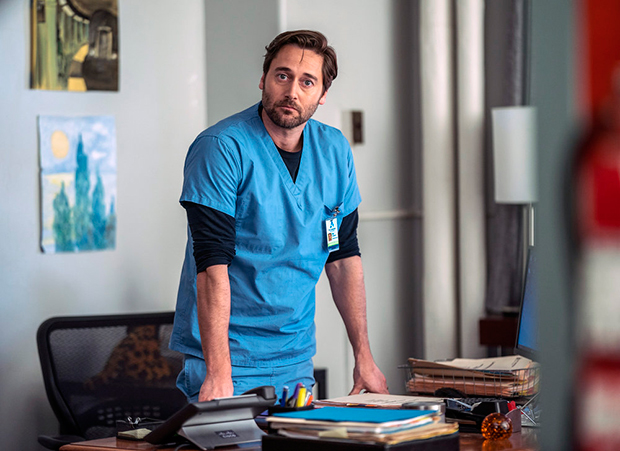 New Amsterdam was hit very close to home when it comes to COVID. Kapoor does come off the vent at the end of the episode, but he’s not out of the woods. What will his road to recovery and his future as a doctor look like?
David Schulner: We knew we couldn’t pull any punches, and we knew we owed it to our very own medical advisors on the show who work at Bellevue Hospital. We were always reminded that they went through the worst of it, and they’re still going through it, so much of the season is honoring them and what they went through. We knew we couldn’t trivialize or give Kapoor a TV recovery where he bounces back in the next episode and back to treating patients. It’s going to be a struggle, there’s no doubt, but he survived.

Peter Horton: We also felt that a show about the main hospital, the oldest hospital, the biggest hospital, the mother hospital in the United States that went through this ground zero when it first hit… it would be irresponsible of us to not really depict that and have one of our lead characters have to suffer the consequences of it. If they all came out of it unscathed and ready to move on with their lives, that just didn’t feel right. It didn’t feel true to what we’ve all gone through. We’re honoring that by giving one of our lead characters, one of our beloved characters, a real struggle with it. If he survives — and so many people didn’t — it’ll be a struggle.

Max does call Reynolds for help at the end of the episode. What can you say about his return to New Amsterdam?
David Schulner: He hopes it’ll be brief. Like so many people, his wedding’s on hold until his family can be there. But he has a whole life, a wonderful fiance, back in San Francisco. So he’s hoping it’ll be a brief trip. But Kapoor and his condition, they complicate that.

Peter Horton: He may end up very happily married in San Francisco, or he may end up in some other version here.

Will Shin be sticking around?
David Schulner: Absolutely. Much to the chagrin of the Sharpwin fans. Sharpe and Cassian, it gets real. We’re really excited about it.

Peter Horton: It’s a great dynamic for us because longing is always great. We all have our feelings about Sharpe and Max. Now there’s a triangle in it, and we’re definitely going to take advantage of seeing that play out. 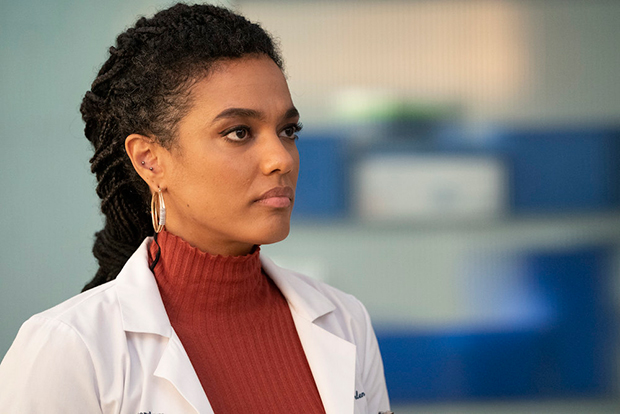 What can you tease about Max and Sharpe’s relationship in season 3 and what it’s going to look like on the other side of this? Sharpe had that great moment where she says “normal seems so strange now.” I feel like they had gotten to a place where they sort of knew where they were going, but now it’s just all up in the air again.
David Schulner: We know Sharpwin fans love them together. Contrary to popular belief, I also love them together. All the writers love writing their scenes because their relationship is so unique, and we want to keep it that way. We want to keep it evolving and changing. They need different things from each other at different times. It’s just a wonderful relationship to write and now we can almost anticipate how Ryan [Eggold] and Freema [Agyeman] will play the scene. It’s almost like the writers and the actors are all working together. Those are joyous scenes to write.

Peter Horton: It’s one of those things where we didn’t initially plan that they would have this big attraction to each other. At the very, very beginning, it just appeared by their chemistry. The two of them have a natural chemistry for each other, and so the fun of sort of playing that out and exploring the potentials and playing with the longing versus the big culmination, it’s one of those little treasures that came along with the way this cast came together. It’s going to definitely be part of this season and seasons going forward.

Max was already a single dad to Luna and had to be separated from her because of the pandemic. How is he going to be adjusting to the time lost with her? That’s time he’ll never get back.
David Schulner: You’re so right. And this is where Max’s head is right now. In addition to solving systemic racism in healthcare and a global pandemic that’s wiped out 10% of New York City… he’s lost his daughter. His daughter was his last connection to Georgia. He’s in a rough place, missing her to death, and he wants to bring her back and wants to “go back to normal” like we all do, but when’s that going to be? 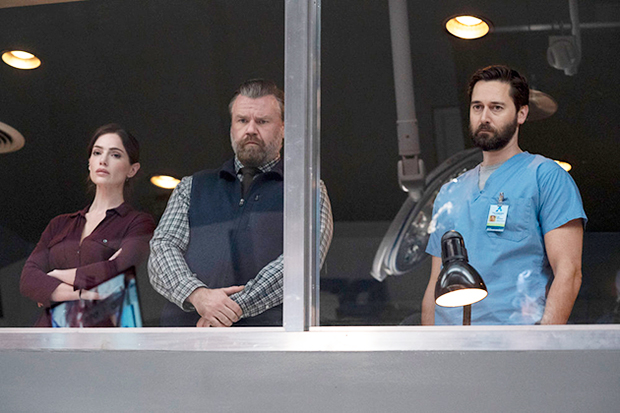 What does Iggy’s journey look like in season 3?
Peter Horton: He’s so bold this year. He’s willing to go through the whole story of his struggles with an eating disorder and body image and whatnot. Being the father to teenage/young, early 20s daughters is such a huge issue in the culture. Tyler’s courage in playing that storyline is just going to blow everybody away. It’s just beautiful what he does. I can’t wait for it.