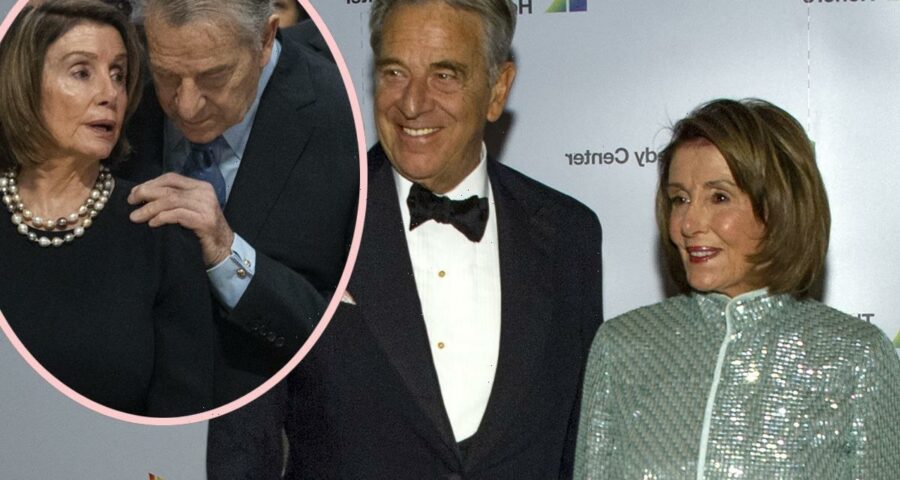 It’s like something out of a horror movie — but it’s just what’s happened to politics in the US in 2022.

For those who haven’t heard, Nancy Pelosi‘s husband was attacked in the couple’s San Francisco home early Friday morning. According to San Francisco Police Chief William Scott, at about 2:30 a.m. officers went to check on the Pacific Heights residence and found a man had broken in through glass doors and was fighting with Paul Pelosi over a hammer. The intruder, who has since been identified as David DePape, 42, grabbed the tool and struck Pelosi multiple times with it before being taken down by the cops.

In a statement earlier, Nancy’s spokesperson said Paul was “expected to make a full recovery.” However, it sounds really serious. According to NBC Bay Area, the 82-year-old “was taken to Zuckerberg San Francisco General Hospital and undergoing brain surgery.” Oh no… A source did confirm to the outlet, however, that he was in stable condition. He was also treated for facial injuries. Secret Service agents are now stationed at the hospital to keep guard.

Sadly — but perhaps not shockingly — this does appear to have been a politically motivated attack. According to reports, DePape specifically targeted the Pelosi home looking for the Senator and was trying to tie up Paul while waiting for his wife to return. He was heard demanding:

DePape’s party affiliation is unknown, though he was reportedly known locally primarily as a pro-nudist activist who often protested — and we could not make this up — the requirement to wear clothes in public. That certainly wouldn’t account for targeting Nancy Pelosi however, as she isn’t any more pro-clothing than any other member of Congress, so far as we know.

She is, on the other hand, a frequent target of right wing extremists and a longtime nemesis of Donald Trump. She was one of the major targets during the January 6 attack on the Capitol, which the former POTUS is accused of inciting, during which one rioter planted a note on a police car which read, “PELOSI IS SATAN.” This isn’t the first time folks deemed enemies by Trump were targeted in recent years; bombs were planted at the homes of the Obamas, the Clintons, and Robert De Niro in 2018 by a disturbed Trump supporter.

While it seems a likely lead to many, time will tell if this attack has any ties to right wing extremism. Authorities are working to establish a motive now. In the meantime, as his actions were witnessed by police, DePape has already been charged with attempted murder, elder abuse, and burglary.

Threats of violence toward politicians are at an all-time high. This madness needs to end. Even if you aren’t a fan of Pelosi or her husband — and there are plenty of reasons not to be — that should not be leading people to think they should be enacting violence and committing murder to deal with it. Just a horrifying bellwether all around…

Hopefully Paul really will be fine after the brain surgery. Here’s wishing him a speedy recovery.