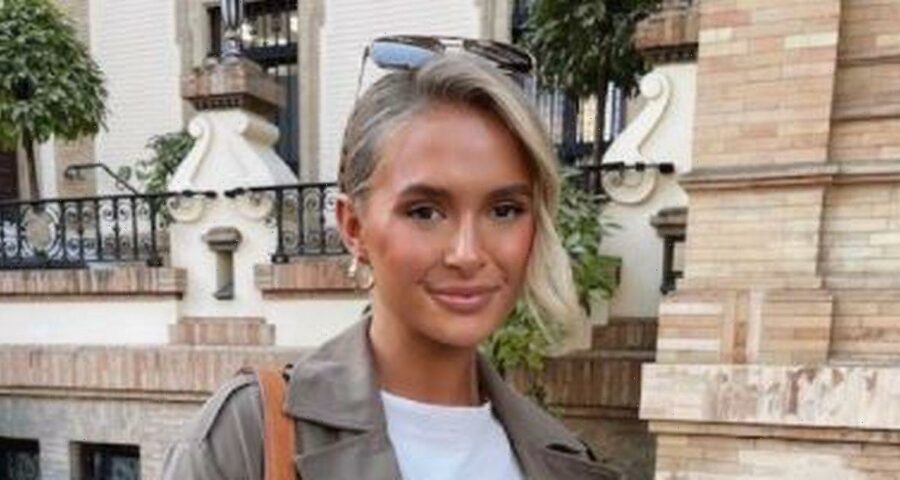 Molly-Mae Hague is holding her head high after it was reported that the Manchester home she shares with boyfriend Tommy Fury was "broken into".

The couple had £800,000 worth of their possessions stolen by an "experienced gang" who specifically targeted their home on Thursday October 21, MailOnline alleges.

And on Monday evening, the 22 year old former Love Island star took to Instagram to reveal that she was "smiling through the storm".

The Pretty Little Thing creative director also shared a thunderbolt emoji alongside the snap, which saw her smiling for the camera.

Molly-Mae showed off her casually cool style for the snap as she opted for a trenchcoat atop a white Stone Island top and cream coloured bicycle shorts.

Her blonde locks were styled in a chic bun and tamed in place with a pair of sunglasses, and she toted her essentials in a Louis Vuitton bumbag.

The snap comes after it was reported that her and Tommy's plush home was torn upside down while they were out having fun at Molly's Beauty Works launch party on Thursday, October 21.

Police are investigating the break-in, but any arrests are yet to be made.

The MailOnline reported that the couple has been so shaken up from the incident that they have vowed never to live in their swanky apartment again.

The couple had a mixture of expensive jewellery and designer clothes stolen during their evening out.

An insider told the publication: "They will never return back to their apartment again.

"Unfortunately, they feel they have been targeted and don't feel safe there anymore."

When approached by OK!, Molly-Mae's representative shared: "Molly is doing well considering the circumstances. It has been a very distressing time, but she is trying to be as positive as possible."

A representative for Greater Manchester Police revealed: "On Friday 22 October 2021 police received a report of a burglary.

"During the burglary, a number of items were taken, including jewellery.

"Enquiries are ongoing, and no arrests have been made."

Meanwhile, it has been a difficult time for the reality star as she recently opened up on her endometriosis surgery after keeping the operation under wraps.

Molly-Mae decided to keep the exact surgery date a secret until now and has explained to fans why she was "all over the place" in late September.

The influencer admitted she had not realised how "hard" the recovery would be following the procedure.