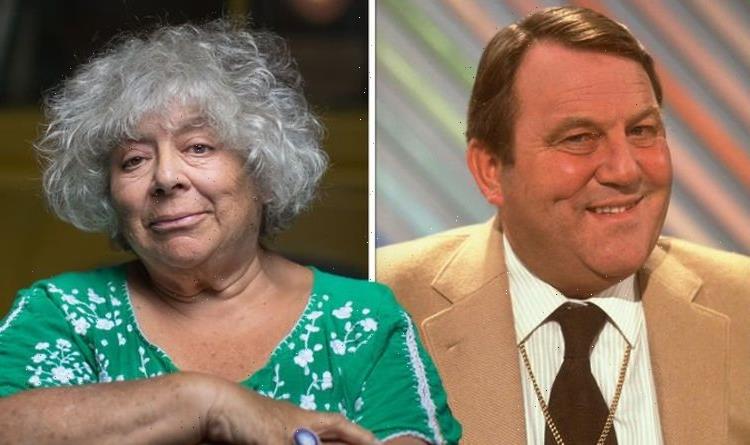 Miriam Margolyes, 80, has openly shared her views on the toxic nature of some A-listers she has worked with in the past. She named Terry Scott as the “nastiest” person she ever worked with.

Writing in her book This Much Is True, she shared her experiences in her early years as an actress.

She started, in an extract by serialised by the Daily Maily, by speaking fondly of her time at Cambridge, saying it “gave her everything she has”.

She added that her time at Cambridge was when she became fully herself.

But she also said that her worst time was when she was introduced to the Footlights who didn’t take to her at all, according to the actress.

“When I say ‘they’, I refer to a most distinguished group: John Cleese, Graham Chapman, Bill Oddie, Humphrey Barclay (later Head of Comedy at LWT), Tony Hendra and Tim Brooke-Taylor.

“The only girl in the show, I was a pert little madam and thought I was as good as they were — and they didn’t.

“My perception was that they thought I was a jumped-up, pushy, overconfident, fat little Jew.

The Harry Potter star then goes on to talk about the men she kissed.

She named Terry as the worst of the lot and the “nastiest” man she ever worked with.

She talks of how he “was horrid to the chorus girls, tried to grope and kiss them and if they wouldn’t play, he rubbished them publicly.”

Miriam adds that she will always dislike the male-centric world of comedy.

She admits her awkwardness at expressing such bitterness but notes that she will never get over the way they all treated her.

She goes on to speak of other actors in the same circles, such as John and Bill , who she branded “total s****”, who have never apologised for their behaviour at the time.

Although the actress explains that she has a lot of respect for the genius of the “Monty Python lot”, she expressed much distaste towards the way they viewed women.

She noted how none of the Monty Python sketches ever featured any funny women, only the occasional “dolly bird”.

“At the time I was there, women were not allowed to be part of the footlights club. Girls were not welcome – only as guests.”

Miriam said that the boys were only ever interested with sleeping with women, and never compete with them, or see them as equals.

Express.co.uk has previously contacted John’s and Bill’s reps over her comments.

Humphrey Barclay’s rep told Express.co.uk there was “no comment” on this matter.

Miriam’s book, This Much Is True, was released earlier this year.

In the book she details her life, starting with her experience with the Cambridge Footlights, explaining how the men showed her “studied cruelty.”

She writes, in the memoir: “I’m quite sure you picked up this book hoping I’d make you laugh.”

Miriam writes much of how the truth is absolutely an essential part of her life.

She explains: “Not a lot of gay women front up on TV, so I hope I give courage to young dykes to be proud and confident.

“If you tell the truth – and I always do – you shame the devil.”

The blurb reads: “Now, at the age of 80, she has finally decided to tell her extraordinary life story – and it’s well worth the wait.

“Find out how being conceived in an air-raid gave her curly hair; what pranks led to her being known as the naughtiest girl Oxford High School ever had; how she ended up posing nude for Augustus John as a teenager; why Bob Monkhouse was the best (male) kiss she’s ever had; and what happened next after Warren Beatty asked ‘Do you f***?’”

This Much Is True by Miriam Margolyes, published by John Murray on September 16, £20. You can buy the book here.