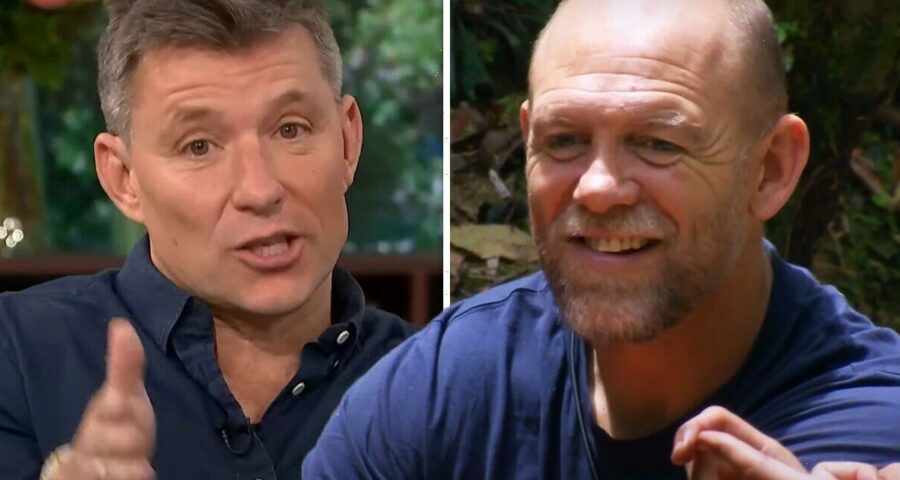 Mike Tindall’s friend Ben Shephard has been watching the rugby ace take on I’m A Celebrity…Get Me Out Of Here! as he makes history as the first royal family member to take on the jungle. In an exclusive interview with Express.co.uk, Ben praised his pal who he affectionately nicknames “Tinds”, but lamented that he hasn’t done many trials.

The Good Morning Britain host said: “I’ve got some friends in there, good to see Moylesy in there and Tinds as well.

“He’s amazing and he feels like a great big dad in the camp sort of hugging and going around looking after everybody.

“I would love him to do more trials because, you know, you don’t win the World Cup and excel as an international rugby player without being able to take on a hardcore challenge now and again. They would all get a decent meal!

“But yeah, I think he’s done brilliantly. It’s just fascinating watching the dynamic in there and I’ve been loving it to be fair.

“When Kate [Garraway] did it a few years ago, she did it with James Haskell who is Mike Tindall’s really good mate. I listen to their podcast all the time, The Good The Bad and The Rugby, so I’m sort of invested in them and I know Mike quite well.”

Mike has taken on three Bushtucker Trials during the three weeks he has spent in camp.

The first saw him, Owen Warner and Lioness Jill Scott take part in the ‘Scareground’.

Mike was strapped to a spinning wheel covered in green ants while he had to catch balls thrown by Jill before passing them over to Owen.

He then had to down a selection of disgusting drinks, including blended pig’s uterus and sheep’s vagina, to win meals for camp.

However, according to bookies odds, Mike seems unlikely to reach the final.

Another celebrity will be evicted tonight (Friday) and then tomorrow (Saturday) with the final airing on Sunday at 9pm.

It comes after Ben took on a challenge of his own when he hosted the FORTIS Championship final.

As a Speedflex Ambassador, Ben joined 16 teams who defeated more than 700 from Everyone Active centres in Harrow Lodge, Basildon, Watford, Spelthorne and Fareham.

FORTIS is dubbed “a HIIT workout like no other” as the high octane, low impact challenges ensure you are working really hard without the pain the next day.

You can find out more here.