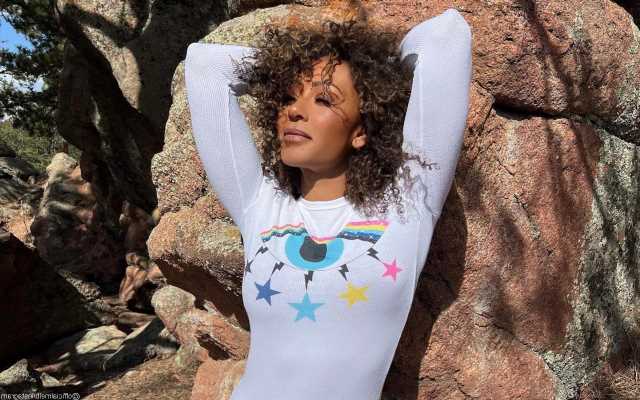 The Spice Girls member is appointed a Member of the Order of the British Empire in the New Years Honors for her services to charitable causes as well as vulnerable women.

AceShowbiz -Mel B a.k.a Melanie Brown dedicated her MBE to victims of domestic violence. On Wednesday, May 4, the Spice Girls member was appointed a Member of the Order of the British Empire in the New Years Honors for her services to charitable causes and vulnerable women. After being handed her medal by Prince William in Buckingham Palace, she shone a spotlight on her fellow survivors.

“I never thought I would be here getting this MBE for the work I’ve been doing. It’s amazing to have but it’s not just for me-it’s for all those other women,” the singer, who accused ex-husband Stephen Belafonte of being abusive when they split in 2017, said.

“Especially because of Covid, there’s been such an epidemic of domestic violence, that’s been completely on the rise, and you know I’ve got an army of women behind me that need help and need to be heard. So I’m their voice because we’ve all been through exactly the same story, so I don’t take it as it’s my award because it’s our award because we’ve survived.”

Mel was joined at the ceremony by her mother Andrea Brown. Both women were dressed for the occasion by the “Stop” singer’s former bandmate Victoria Adams, who hailed it an “honor” to give the pair their outfits.

Sharing a photo of Mel and Andrea at the event, Victoria wrote on her Instagram Story, “A true role model, it was such an honour to dress you and your mum. Mel is wearing the Fitted T-shirt Dress in Tomato Red, and iconic VB silhouette and color. Her mum, Andrea wears a VB T-shirt Dress with a subtle off white check motif.” 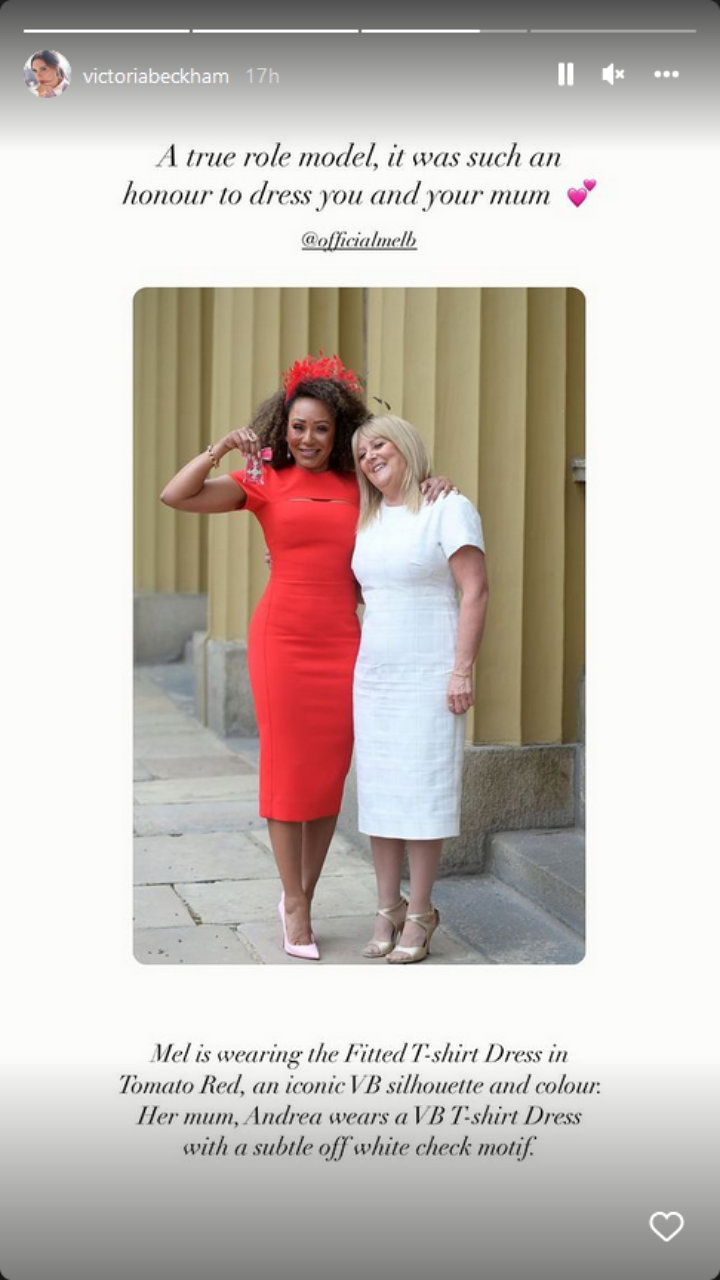 Victoria Beckham gushed over Mel B.

Victoria then shared another photo celebrating Mel’s work with charity Women’s Aid. She wrote, “I’m so proud of @officialmelb receiving her well-deserved MBE. Men’s work as a patron for @womens_aid raising awareness for domestic violence and supporting vulnerable women is so important.” 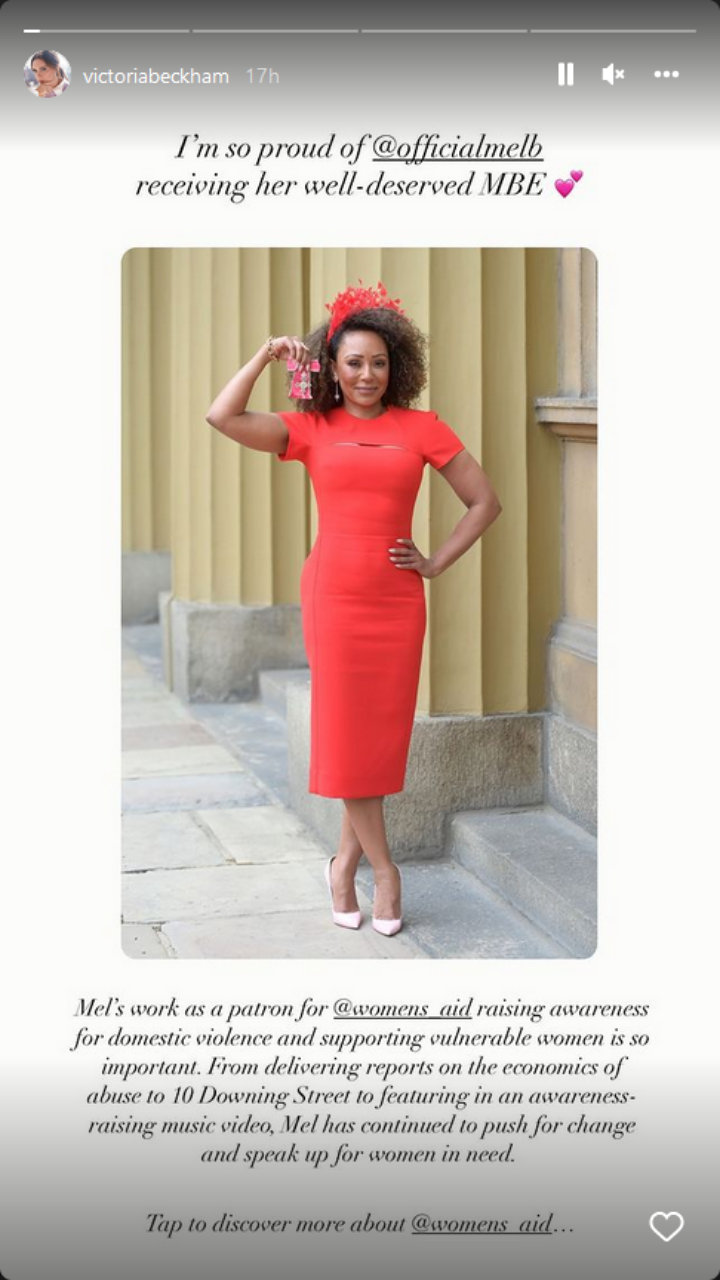 “From delivering reports on the economics of abuse to 10 Downing Street to featuring in an awareness-raising music video, Mel has continued to push for change and speak up for women in need,” she continued praising her former bandmate.

“@womens_aid is an amazing organisation that works to provide life-saving services to build a future where domestic abuse does not exist. They work to educate, fundraise and provide support for survivors to build responses, resources and strength.(sic)”