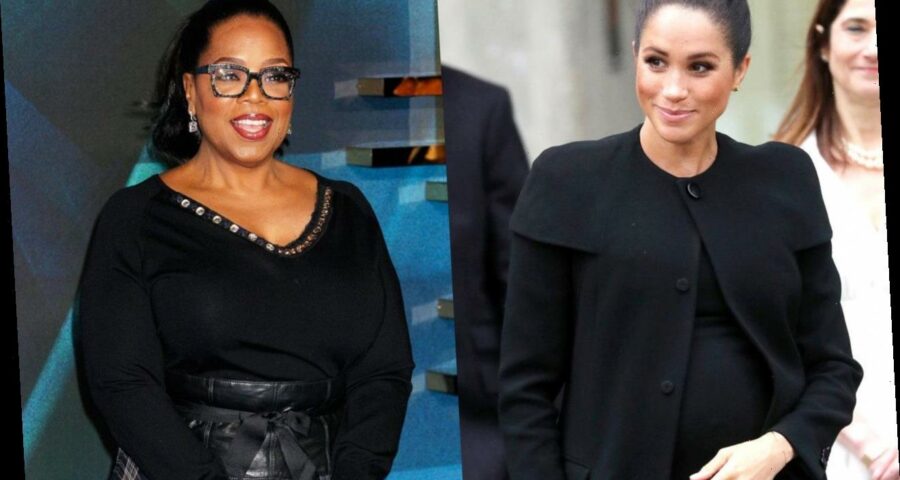 When appearing on ‘CBS This Morning’, the acclaimed talk show host shares her hopes that she would have a follow-up conversation with the Duke and Duchess of Sussex on March 8.

The former actress, who stunned viewers with her candid revelations about what drove her and Prince Harry to step away from the royal family, had just put her son to bed at her home in California when she reached out to Oprah, who was a bundle of nerves just before the show aired on the East Coast.

In a follow-up chat on CBS “This Morning” on Monday, Winfrey said, “I got a text from Meghan yesterday saying, ‘How’s it going?’ Because she was putting Archie to bed waiting on the West Coast feed and had no idea what was happening on the East Coast.”

Oprah went on to say she was hoping to have a conversation with the Duke and Duchess on Monday.

During the explosive interview, pregnant Meghan and Harry revealed their second baby will be a girl, there were concerns about their firstborn’s skin tone as the Duchess is mixed race, and Meghan contemplated suicide shortly after falling pregnant with the couple’s son Archie due to attacks from the British media and a lack of protection from the royal family.

Harry also confessed to having a strained relationship with his father, Prince Charles, revealing he and his brother, Prince William, were “trapped” in an outdated institution.

Oprah told CBS “This Morning” she was surprised the Duke and Duchess were so open and forthcoming, especially when they revealed details of an alleged conversation with a member of the royal family who expressed concern about the color of their then-unborn son Archie’s skin. Off camera, Prince Harry assured the talk show host it was not the Queen nor the Duke of Edinburgh who made the remark.

Asked what surprised her the most during the interview, Winfrey said, “I think the skin tone, the discussions about what color Archie’s skin tone would be… I was surprised they were telling me about it. Even on the tape you can hear me go, ‘Whoa, I cannot believe you are saying this right now.’ “