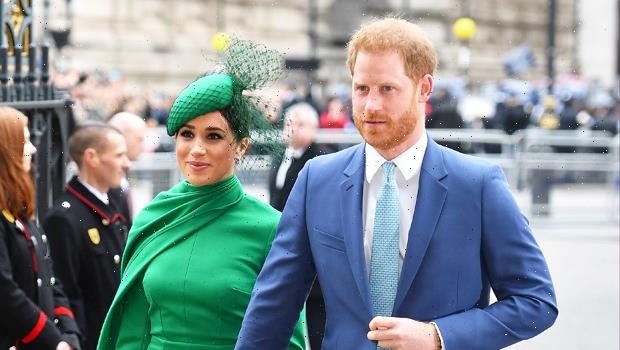 Meghan Markle and Prince Harry are now a family of four! The Duke and Duchess of Sussex welcomed their second child together and fans could not be happier for the couple. Learn more!

A family of four! Meghan Markle and Prince Harry welcomed their second little one together on June 5 and fans could not be happier for the royal couple. Lilibet “Lili” Diana Mountbatten-Windsor was born in a Santa Barbara hospital at 11:40am and weighed in at 7 lbs, 11 oz. Her first name, Lilibet, is a nod to Her Majesty The Queen‘s nickname. Her middle name is in honor of her grandmother and Harry’s mother, the late Princess Diana. The baby is the eighth in line to the British royal throne. Congratulations!

The news comes months after the royal couple first announced that they were expecting a little one. The pair made the announcement on Valentine’s Day, February 14, 2021. “We can confirm that Archie is going to be a big brother,” a statement issued to HollywoodLife read from a representative for The Duke and Duchess of Sussex. “The Duke and Duchess of Sussex are overjoyed to be expecting their second child,” the statement continued. The couple also debuted a gorgeous portrait by Misan Harriman, featuring Meghan and Harry positively beaming at one another with Meghan’s baby bump front and center.

The couple are already the proud parents of son Archie Harrison Mountbatten-Windsor, whom they welcomed in May 2019. While Meghan and Harry were eager to have a second child, the couple’s road to adding to their family was marred by tragedy. In an incredibly vulnerable November 2020 New York Times op-ed, Meghan revealed in detail the miscarriage she experienced in July of that same year.

Clearly, the couple took the time they needed to heal before making any plans for another arrival, and fans couldn’t have been more comforted by Meghan’s bravery and vulnerability in sharing her story. But now, the couple have a happy new chapter to look forward to as they pave the way for their future. The royal pair made the decision to take a step back from their royal duties in January 2020, and chose to move to North America, eventually settling in Santa Barbara.

Of course, the decision was one that brought a lot of strain and difficult choices that the couple had to make as senior members of the royal family. But after all of this time, it’s wonderful to see the couple so happy. Congratulations to Meghan and Harry! We cannot wait to see what the future holds for them!