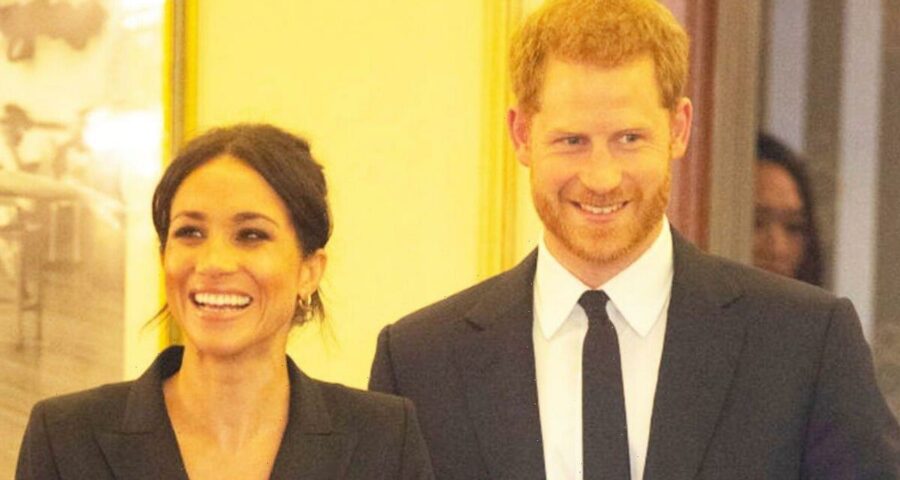 Meghan Markle, 41, and Prince Harry, 38, have accepted a prestigious human rights award. Next month the Duke and Duchess of Sussex will be honored with the Ripple of Hope Award at a gala organised by the Robert F. Kennedy Human Rights Foundation.

The charity is named after former President Kennedy’s younger brother, who was assassinated in 1968 during his presidential campaign.

The award has been given to Harry and Meghan for their work through their joint non-profit, the Archewell Foundation.

Jane Moore, 60, has branded the move “ludicrous” as the honour is also expected to be given to Ukrainian President Volodymyr Zelensky.

Writing in her latest column for The Sun, the Loose Women presenter wrote: “Just one nanosecond after forming their Archewell Foundation, Harry and Meghan are to be honoured with a prestigious human rights award in New York.

“Even more ludicrously, they’re sharing it with Ukrainian President Volodymyr Zelensky, a man whose heroic actions define courage in our time.”

The award is given by RFK Human Rights, set up in honour of Bobby Kennedy and run predominantly by his daughter, Kerry Kennedy.

Kerry’s brother, RFK Jr. has commented he found the decision to award Harry and Meghan “bewildering” but added it was an “encouraging step in 2020”.

Jane went on to suggest the connection between Kerry’s youngest sister Rory, a co-founder of Moxie Firecracker Films covering “human rights issues”, has also worked alongside Liz Garbus who will also be producing Harry and Meghan’s Netflix docuseries.

She finished: “Of course, it could all just be a happy coincidence…”

Liz, who earned an Emmy nomination for her work in The Handmaid’s Tale, has produced Harry and Meghan’s highly anticipated Netflix docuseries.

Royal fans took to Twitter and defended Harry and Meghan for receiving the prestigious award.

“They deserve it,” gushed Rose, while Tee added: “Harry is known for his charitable efforts over the years.”

Charity work has played a huge part in the couple’s relationship, both while senior members of the British Royal Family and since they stepped down in 2020.

Harry has continued his work with the Invictus Games and the couple have also set up their foundation Archewell.

Meanwhile, the Duchess of Sussex recently addressed the Netflix documentary where she revealed the project has been left in Liz’s hands.

She told Variety: “It’s nice to be able to trust someone with our story — a seasoned director whose work I’ve long admired — even if it means it may not be the way we would have told it.

“But that’s not why we’re telling it. We’re trusting our story to someone else, and that means it will go through their lens.”

Netflix was believed to have pushed back the release of the show until 2023 amid backlash over The Crown but Page Six reports there will be no postponement and “the show will go on” in December – but this has not yet been confirmed.