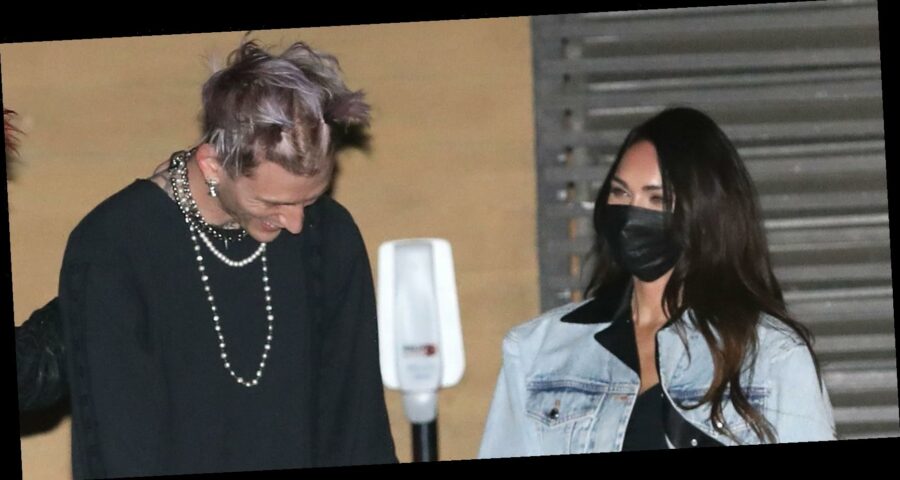 Megan Fox, queen of the early aughts, is single-handedly trying to bring back a controversial early 2000s shoe trend.

On Monday night, the Jennifer's Body star was photographed on an outing with boyfriend Machine Gun Kelly and their friends, wearing a pair of — wait for it— studded heeled PVC sandals. There's a lot to unpack in this shoe choice, but if anyone can make us queue up a pair of PVC heels for all our post-quarantine outings, it's Megan Fox. Coupled up with the flared catsuit and black baguette bag, she looked every bit the egdy 2000s icon we all know and love.

Fox and Machine Gun Kelly met on the set of their film Midnight in Switchgrass last year, and in May, rumors began circulating that they were dating.

Though Fox recently appeared to quell rumors of an engagement, she's referred to Machine Gun Kelly as her "twin flame" and is reportedly looking to finalize her divorce from ex-husband, actor Brian Austin Green, in order to take the next steps in her relationship with the rapper.

"They plan to be together forever," a source told E! News. "She wants the divorce to be done with so she can move on and move ahead."