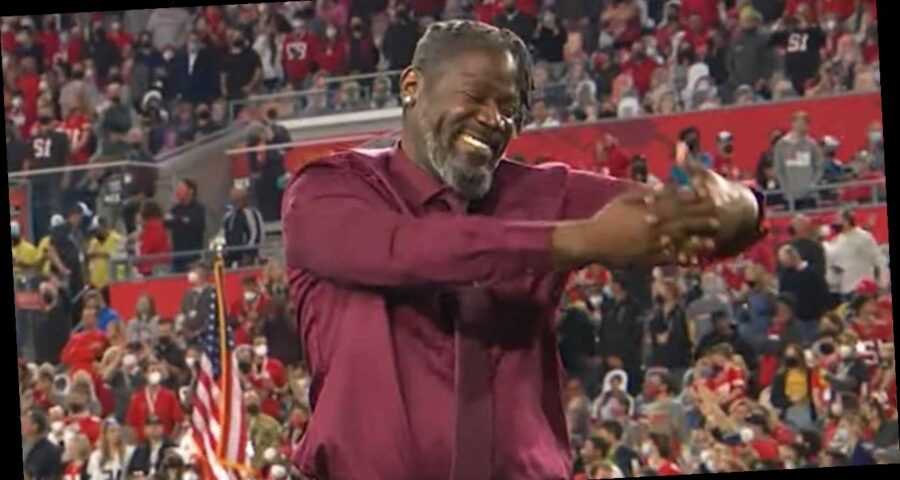 Snipe, 50, won over the crowd with his animated expressions and bright smile as he performed alongside H.E.R. for “America the Beautiful”, and with Jazmine Sullivan and Eric Church for the national anthem.

Warren Snipe is the artist who just performed the National Anthem in ASL at the #SuperBowl.

He stole the show pic.twitter.com/AiClpgt7uC

I wish I was as cool as the guy doing the sign language of the American National Anthem at the #SuperBowlpic.twitter.com/pRXfuKiy8M

Incredible showing by the sign language guy, my goodness #SuperBowlpic.twitter.com/ntaI2xBgBV

The best performance to start the #superbowl is Warren Snipe with the ASL Star Spangled Banner. I don't sign but I want to learn now! #SuperBowl2021

Snipe majored in theater in college and developed “Dip Hop” — which according to CBS News, he describes as “Hip Hop through Deaf eyes” — in the ’90s. Aside from being a rapper is he also an actor, and has a recurring role on The CW’s Black Lighting. He released his album, Deaf: So What?!, in 2016.

In a statement last month, Snipe, an avid football fan, talked about what it meant for him to perform at the Super Bowl.

Prior to the big game, he told CBS News that he was preparing by practicing a rendition of the songs that closely tracks how this year’s singers typically perform them. He also rehearsed together with the artists.

“My approach will follow how this year’s singers handle the songs in their own way,” he said.