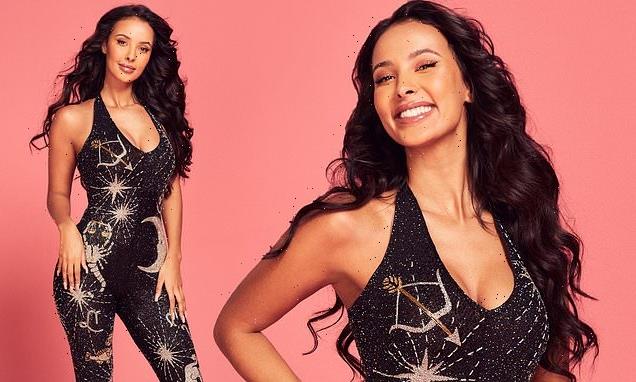 ‘We all want to know what our partner gets up to on holiday!’: Love Island’s Maya Jama admits that she is looking forward to seeing Casa Amor return in winter series and says the show is like watching own holiday romances on TV

Maya Jama has said she is looking forward to seeing Casa Amor return to the winter series of Love Island as ‘we all want to know what our partner gets up to on holiday’.

The brand new host of the hit ITV2 show, 28, has outlined some of the things she is most excited for ahead of the second ever series filmed in South Africa.

Admitting she has been a fan of Love Island for years, Maya described the show as fun because it is like watching previous ‘holiday romances’ ‘on telly’. 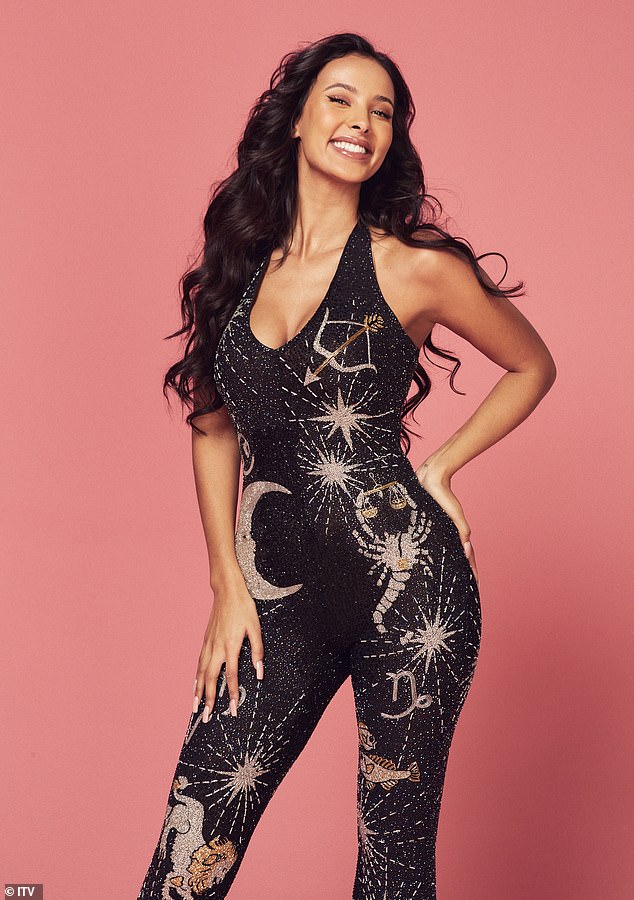 Host: Maya Jama has said she is looking forward to seeing Casa Amor return to the winter series of Love Island as ‘we all want to know what our partner gets up to on holiday’

Talking about what she has always loved about the show as a viewer, Maya explained that it was the first reality show other than Big Brother that she made sure she was back home at to be able to watch.

‘Everyone gets involved, everyone has opinions – from the older people in your family to the younger ones,’ she explained.

#It’s just fun, it’s fun to see how people play out in different situations and wonder what you would do if you were in the same position.

‘Most of us have had a bit of a holiday romance before and it’s like watching that on telly.’ 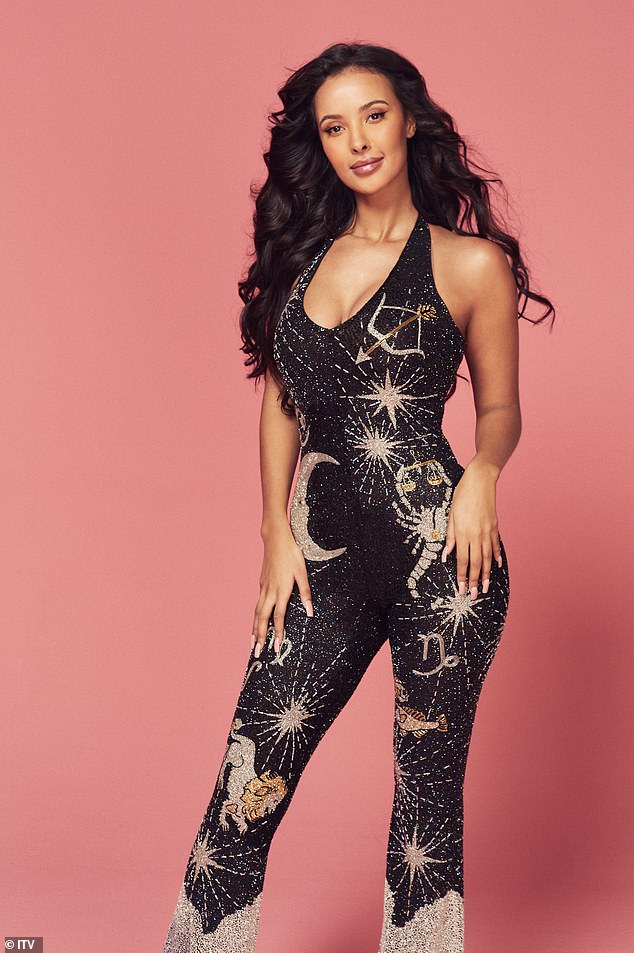 Exciting: The brand new host of the hit ITV2 show, 28, has outlined some of the things she is most excited for ahead of the second ever series filmed in South Africa

And specifically on the topic of wanting to see Casa Amor on this series, Maya added: ‘I feel like that’s one of the best moments.

‘We’d all secretly want to know what our partner gets up to when they’re on a lads’ or girls’ holiday.’

Maya, who has recently insisted she is ‘really, really single’, has previously dated rapper Stormzy and only last year called off her engagement to NBA star Ben Simmons.

Ben popped the question over the festive period in 2021, according to reports, after a whirlwind seven-month romance. 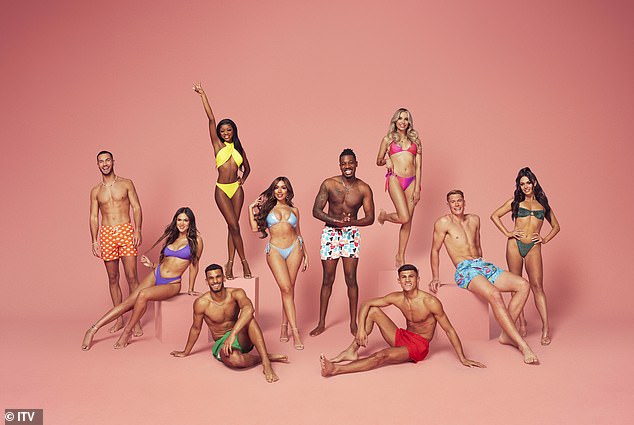 Not long to go! Maya will be hosting her first ever series of Love Island after her predecessor Laura Whitmore quit following the summer season in 2022 (the Islanders are pictured)

Her relationship with Stormzy, who she dated for four years came to an end in 2019, with Stormzy previously confessing to ‘disrespecting’ and being ‘inconsiderate’ towards her.

And the presenter, 28, called things off with basketball player Ben, 26, in August last year to focus on her career.

Maya will be hosting her first ever series of Love Island after her predecessor Laura Whitmore quit following the summer season in 2022. 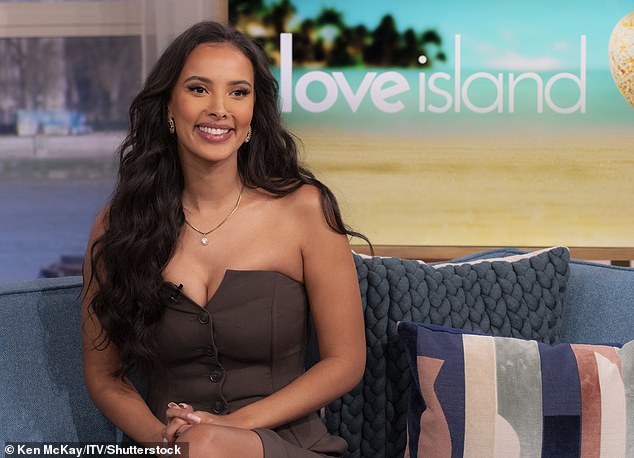 Single and ready to mingle: While it’s been recently rumoured she had rekindled her romance with ex Stormzy, Maya Jama has insisted she’s ‘really, really single’

Ex: Maya has previously dated rapper Stormzy, and only last year called off her engagement to NBA star Ben Simmons (pictured together)

The newest series is launching on January 16.

Winter Love Island 2023: Everything you need to know 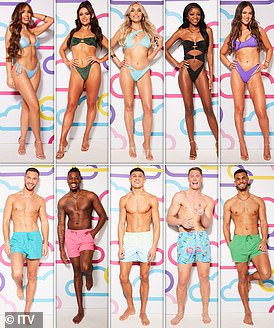 ‘It feels amazing,’ Maya said. ‘It’s really, really exciting. It’s been a weird feeling because you find out and then it’s the wait and the build up.

‘I just can’t wait for it to start. I’m counting down the seconds and the days to get to South Africa.’

On what she thinks makes a good Islander, Maya said: ‘Someone that’s looking for love, someone with a lively personality, somebody who is open and shares their feelings, but also someone that’s not afraid to keep their options open and test the waters.

‘Just someone that’s willing to get stuck in and get fully involved in every bit of the experience and all the challenges. Make the most of it!

‘And allow it to be a proper test and see if your relationship can carry on through that, rather than play it safe. I think that’s what makes the best Islander.’

And on who she believes could make a surprise return like Adam Collard did last year, Maya says she hopes Theo Campbell from series three could make a good addition.

She said: ‘I found him [Theo] hilarious. That line about ‘leave with them’ – it was that. We were all feeling it and Theo actually said it. You need that honesty sometimes!’

Something not many people know about her: ‘I have Vitiligo, which is a skin pigmentation, you may not even notice it.’

‘It’s on my lip and I have a stripe on my hair. Not many people know that but I think it’s quite cute.’

‘I don’t care about covering it up all the time, I think it’s a vibe.’

Something not many people know about her: ‘In my work as a makeup artist I’ve worked with lots of celebrities.

‘Also, when I was 6-years-old I used to live in Spain and I was in an episode of Benidorm as an extra.’

Something not many people know about her: ‘I went on a date once and I never saw him again.’

‘We went for food and shared a bottle of wine. As I was speaking to him he fell asleep!’

‘I had to clink his wine glass to wake him up.’

Something not many people know about her: ‘My celebrity crush is Channing Tatum – I don’t like pretty boys, they give me the ‘ick’ because they always have a crap personality.’

‘Channing Tatum is handsome but not too pretty. He’s manly and he can dance.’

‘If a man can dance I’m in love with him straight away.’

Something not many people know about her: ‘I did a film with Jason Statham and had a nice 10-minute convo about life.’

‘I’ve been a ring girl for KSI, I played a waitress in James Bond with Daniel Craig and I’ve also been a body double for Michelle Keegan and Emma Watson.’

Something not many people know about him: ‘I’m a Jamaican citizen. Because of that I played rugby 7s for Jamaica.’

Something not many people know about him: ‘On meeting me, you’d never know I am blind in one eye.’

‘It was the result of a football injury when I was 8. I’ve got two different coloured eyes, one blue and one green.’

Something not many people know about him: ‘Every night I light a candle and meditate for 20-25 minutes.’

‘A girl I was seeing told me to meditate, I tried it and loved it. I stopped seeing her and carried on meditating!

‘It’s a nice way to self reflect’

Something not many people know about her: ‘I’m a very emotional person. It can be a blessing and a curse.’

‘Every time I watch Dear John I cry.

That’s my favourite film. Any time I’m with someone and they say, ‘Let’s watch a romantic film’, I’m like, ‘How about Dear John, how does that sound?’

Something not many people know about her: ‘I’ve never found love. I think this is the show that can help me.’