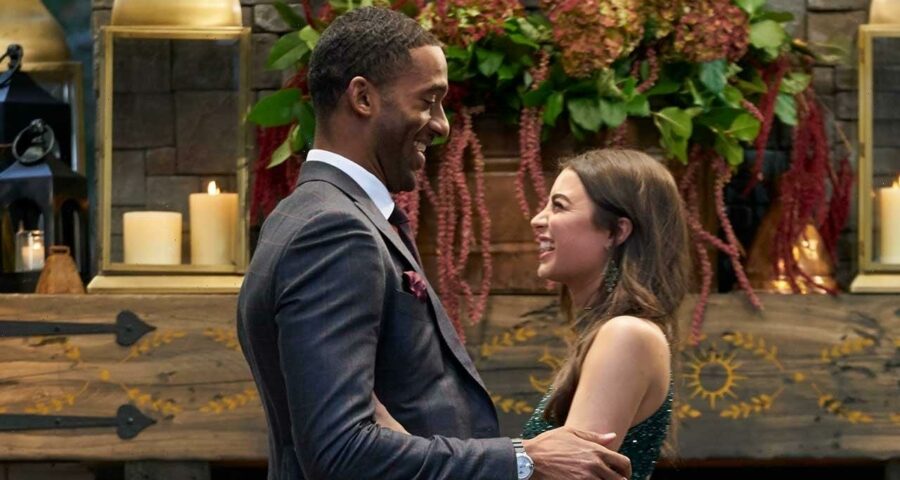 Matt James and Rachael Kirkconnell were photographed together over the weekend in L.A., marking the second time they’ve been seen together since their breakup was revealed on After the Final Rose in March.

The pair were spotted out with friends twice over the weekend: once on Friday at Bear Flag Fish Co. in Newport Beach, Calif. and then again on Saturday evening at JuneShine in Santa Monica.

This California sighting is the second time the two have been reunited since The Bachelor finale. According to multipleoutlets, Kirkconnell visited James earlier this month in New York City, where he now lives.

These sightings have forced many in Bachelor Nation to wonder what is going on between the ex-couple, especially after the fallout from Kirkconnell’s racism controversy. On Monday, a source told E! News that the Bachelor alums “aren’t back together, but definitely still have feelings. They are having a good time right now and everything feels back to normal between them.”

“They have been staying at a friend’s house [in Orange County] trying to be low-key,” a source close to James told the outlet. “Matt felt horrible about what went down with him and Rachael recently and wanted to see her. He initiated the visit.”

To quickly recap what James might feel “horrible” about: according to People, the NYC visit ended badly after reports that James had been talking to another woman around the time of Kirkconnell’s visit.

“It was the final straw,” a source told the outlet. “Rachael loves Matt, but she feels like she was ignoring red flags. She knows he does love her. She knows he’s not a bad guy, but he’s not in a place to be in a relationship… She doesn’t know if she’ll ever be able to trust him again.”

On the season finale of The Bachelor, Matt professed his love for Rachael, and decided to leave the show in a committed relationship, though not engaged. On After the Final Rose, Matt revealed that he’d broken up with Rachael in February after racially insensitive photos surfaced of her at an Old South plantation-themed party while in college. Rachael has since apologized and asked people to stop defending her actions.

After their split became public, Rachael called Matt the “love of my life.” Matt, meanwhile, noted that he doesn’t think Rachael, or anyone, is irredeemable, but didn’t seem keen on giving their relationship another go.

“I’m not going to be dating,” he said on The Bill Simmons Podcast. “I’m solely focused on getting back to that meaningful work in the community and centering myself around projects that are going to elevate all the work I’ve been doing in the city, special interest things that I appreciate outside reality television… There’s a lot of things I need to focus on outside of reality TV and I’m excited about that.”