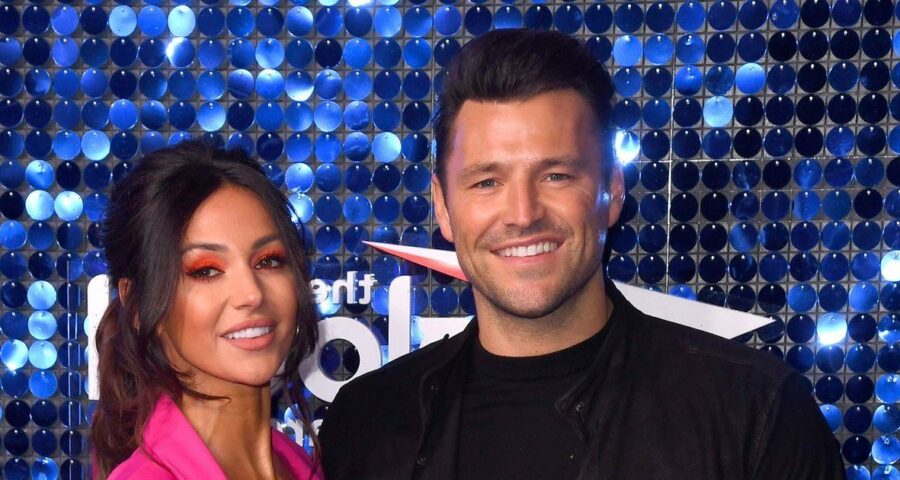 Mark Wright and Michelle Keegan are reportedly living separately as they continue to build and renovate their dream home in Essex.

The actress, who recently showed off her brand new collection with Very, is said to have wanted "some calm amid the madness of the house renovations", a source told Closer magazine.

Michelle, 33, has reportedly been staying in her home city of Manchester while filming for Sky comedy series Brassic, while Mark, 34, has been keeping an eye on the renovations back in Essex.

Friends of the brunette beauty told the publication that she has been feeling nostalgic since returning to Manchester.

They said: "She upped sticks and moved to Essex eight years ago to be with Mark, and while it's been great, Essex still doesn't feel like home the way Manchester does."

OK! has contacted Mark and Michelle's representative's for a comment.

This isn't the first time the couple have been living apart, with the pair living in different countries for almost two years.

Mark was based in LA while working for showbiz channel Extra, while Michelle was busy filming BBC's Our Girl which was based in Southeast Asia.

The former Coronation Street star recently said she didn't see the distance as a bad thing and it was a positive step.

Speaking on Irish comedian Mairead Doyle's podcast Craic On, Michelle explained: "People, especially the media at the time, were turning it into a negative that I was working away and Mark was working in LA.

"Mark was living in LA full time for a year and a half and I was going back and forward. I was out there for a couple of months at a time.

"It was actually really nice. I feel like we’ve done that, we’ve ticked it off our list to live out there, we’ve done it, we’ve lived the LA life and it was brilliant. "But we both missed home. It was more Mark’s decision really because obviously he was the one working out there."

The Northern lass, who recently delivered a drama masterclass at her brother's school, said she knew her husband would find it difficult to be apart from his family for a long period of time but he had to do it.

She continued: "I knew he was always going to be like that anyway because it’s so far away from home.

"It’s not like a couple of hours on a plane. It’s so far. He’s too family-oriented to be away from his family for that amount of time. He was there for a year and a half. But he had to do it."