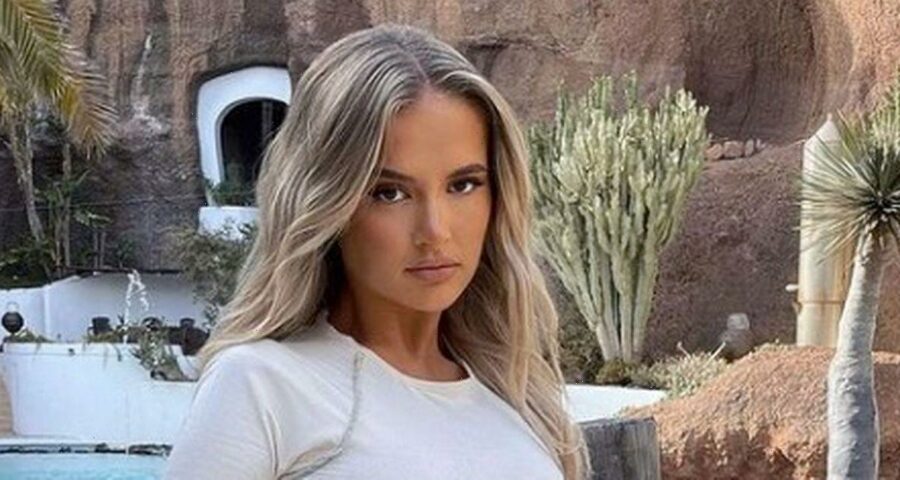 Molly-Mae Hague has had her say on Gemma Owen and Luca Bish's romance on the hit ITV dating programme Love Island.

Friday 29 July evening's episode of the show saw former professional footballer Michael Owen's daughter, 19, head out on her final date with the 23 year old ahead of the finale on Monday 1 August.

After watching scenes unfold between the pair, 23 year old Molly-Mae took to her Instagram stories to share a snap of Gemma, gushing over her as she said: "What a girl," with a heart eyes emoji.

She then questioned the dynamics of her relationship with Luca, adding: "But is hers and Lucas love language acting like they hate eachother? [crying with laughter] because that date was different…"

Gemma and Luca's date started with a stunning performance before the fishmonger popped a bottle of champagne for them to enjoy.

Making fun of himself, Luca said he was "not on point with technique," as Gemma agreed: "Yeah, I know, it's very amateur".

Luca then asked her what the best thing about coming on Love Island was for her, to which she responded: "Do you want me to say meeting you?"

After being encouraged to "be honest", Gemma said: "I feel like the dates have been really nice, the girls day the other day was really nice. There's been a few things, loads of things. Can't pick out one. You want me to say the terrace, don't you? What's your answer?"

"The strip dance from early on," Luca joked, to which Gemma then replied: "My favourite moment was that challenge we just did where I licked Adam."

The pair then turned quite romantic as they both admitted neither of them expected to have found someone they could see progressing with on the outside.

While they both agreed that they hadn't had as many tests as the other contestants, the pair received three votes from their fellow Islanders when they were asked to choose couples who they deemed as least compatible.

Davide Sanclimenti and Ekin-Su Cülcüloğlu received the most votes as they got four in total. Meanwhile, Paige Thorne and Adam Collard had two, while Tasha Ghouri and Andrew Le Page got one.

Dami Hope and Indiyah Polack didn't receive any votes, making them the first couple secured for the series finale next week.

The four couples who did receive votes from the others are now in the hands of the public who had the chance to vote for their favourite pair.

Those with the least votes face being dumped from the villa on Sunday 31 July night’s show, narrowly missing out on the final.