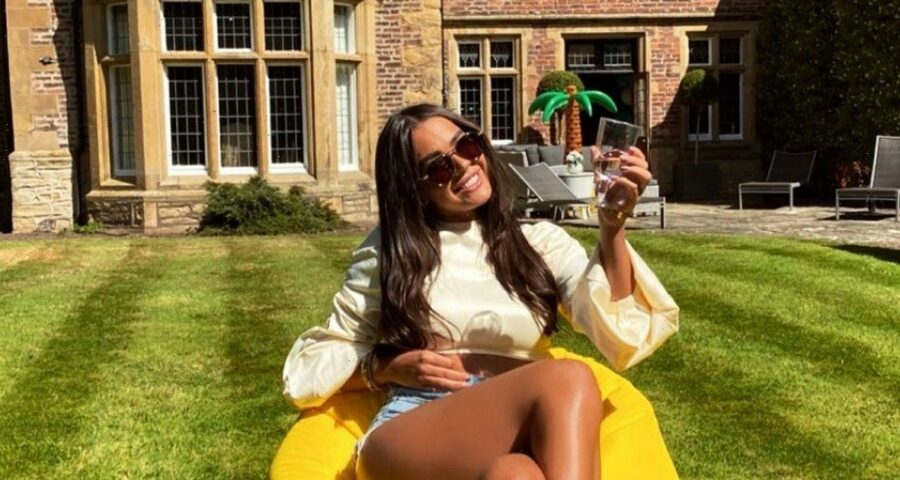 Love Island star Gemma Owen cheekily poked fun at the infamous “villa curse” as she returned home to her parents sprawling £4million mansion for the first time since leaving the villa.

The 19 year old daughter of footballing ace Michael Owen narrowly missed out on the coveted win on this year’s series of Love Island alongside her beau 23 year old fishmonger Luca Bish.

Yet in a nod back to her time in the luxury Mallorcan villa, Gemma made reference to a yellow beanbag on social media as she shared a photo seated on the luminous item alongside the ominous caption: "Look what's followed me home @ekinsuofficial!”

The tongue in cheek comment was a direct reference to a “curse” that both the Islanders and fans at home were convinced affected anyone that was caught sitting on it during the show.

During their time in the villa, the contestants and viewers at home had noticed a surprising trend amongst the Islanders, with drama occurring every time someone sat on the sunshine hued seat.

Gemma’s own mum Louise made reference to the same cheeky joke, as she shared a snap of Gemma and her proud dad Michael seated on it together.

Holding on to cups as they smiled for the camera, Louise captioned the photo: "Oh no not more drama!”

While the comments were shared in jest, it did lead some fans to wonder if there was more truth in the rumours after Gemma and Luca appeared to be at odds with each other during this year’s reunion show which filmed on Wednesday.

Arriving together beaming with loved up smiles, this soon changed as the pair were leaving, with Gemma looking increasingly unimpressed with her partner over a disagreement.

Luca himself even confirmed as much to a photographer who jokingly quipped: "You've got your hands full there!”

Immediately after the comment was made, the Brighton based star quickly replied : "Oh don't mate, she's got the right hump with me!" – suggesting their romance could be on the rocks already, just a few days after they left the villa.

However, despite any rift that may have been present, it appeared to be short-lived as Gemma went on to share a picture of the two of them from the same night on social media as they lovingly posed together in chic matching outfits.

Meanwhile Luca shared an adorable snap of two horses from his home town of Brighton, as he tried to convince Gemma, who herself is an international dressage rider, to possibly move there with him.

Turning on his charm, Luca wrote: "Am I selling Brighton to you yet @gemownen_1?," followed by an eyes emoji, horse emoji and house emoji, hinting at hopes to set up home with Gemma in Brighton.