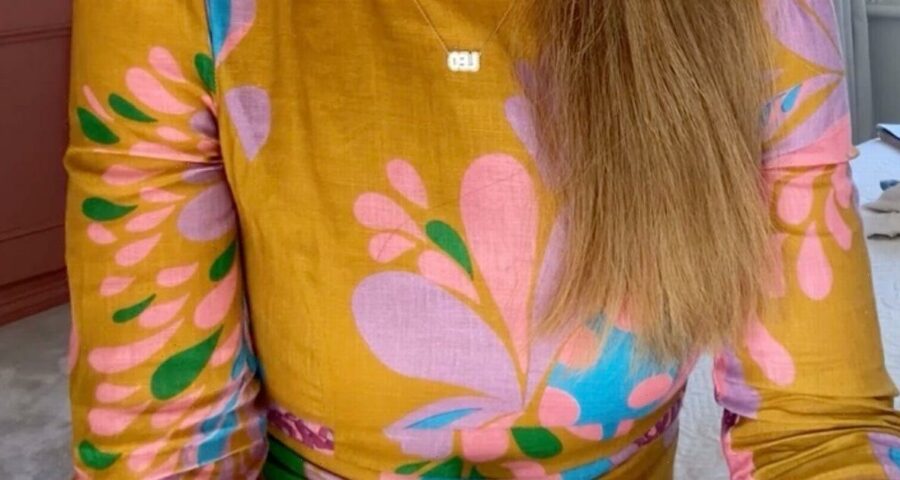 Made In Chelsea's Louise Thompson shared an emotional seven-minute long video on Instagram opening up about her struggles with both her mental and physical health.

At one point, the 32 year old admitted she even forgot she had a son during a particularly "dark moment" in her life, while also admitting she "couldn't think about anything other than death."

The TV personality stepped away from social media because of her health issues, and has recently had two stints in hospital – but she confirmed she was now home and on an "awful lot of medication".

She revealed that at one point during a recent hospital stay, she was a couple of days away from needing to have part of her colon removed.

But it has been Louise's mental heath issues that have been the bigger challenge to overcome, with the star describing them as "cruel and invisible" in the video.

At one point, she said that several men had reached out to her whose partners did not get the support they needed during their own fights with mental health, and ultimately "didn't end so well."

So despite her "clearly emotional" state, she is on a mission to encourage others to speak out and seek help if they are struggling.

"I cannot allow others to go through the same experience," she said. "I'm lucky I've had support from my partner, my family live close by, I've had financial support and a crisis team check on me every day to make sure I'm taking my medication and telling me that every day I will get better." Elsewhere in the video, she shone a light on her darkest moments, where she wanted every aeroplane that flew over her house to crash and "obliterate us", and that she "couldn't think about anything other than death" and how that would be "easier for everyone".

She then described the "hell" that she went through, which left her unable to look at her own body and be scared of everything in the house. Her mental health had suffered to the point that she was unable to leave the house and even forgot that she had her son, Leo.

Louise also said she has suffered with panic attacks, and revealed she "couldn't see, taste or smell" at one point – as well as being scared as every word that came out of her mouth "didn't make sense".

But now that she is past that point and recovering on the other side, she has decided to speak out in the hope that it will encourage others in similar situations to get the support they need and open up to their loved ones. She told her 1.4 million followers: "Everything in life is transient. It will get better. You will find joy, you will find happiness again.

"Whether you will have to take medication, that's fine – it helped me.

"Please talk, please share. Please don't feel alone. There are ways out. There is no magic cure for this disease and it requires patience. You have to keep going."

A lengthy accompanying caption to the video read: "Hey lovely people, how are you feeling today?"

"All feelings most welcome over here. Mine are a constant rollercoaster from high to low to happy to sad to randomly angry to then feeling guilty. WOW the brain is a complex organ.

"So, it’s been an age since I’ve jumped on here to do a video but I just wanted to get on and do it. My rationale for doing this video was to try and help someone that might be suffering in silence or feeling alone but I’m not sure whether I will be able to achieve that. You might just watch this video and think that I’m totally mad but after everything I’ve been through I’ve not got a dime of shame left in this old bag of bones so I really have nothing to lose at this point. Dig in and judge all you like."

She continued: "About 4 months ago I kept having these wild racing thoughts at night where I REALLY wanted to talk about my experience because I really wanted to help people… I waited, and waited and waited for a peaceful (or balanced) moment but it turns out I’m not going to miraculously get better so let’s just get on with things. "I’m not going to sugar coat things I’ve had a bloody rough ride over the past year. My life went from a 9/10 to a 1/10 in the space of about a month. I didn’t do anything to deserve it, but shit just happened. I survived a house fire, a few near death experiences, a long old stint in hospital, and some CATASTROPHIC mental health breakdowns.

"More recently I’ve been readmitted because of some severe colon problems where I was about 2 days away from ending up with life changing surgery. It doesn’t get any easier, although at least this time round I actually knew where I was and what my name was. I was tripping BALLS for the months before. I guess that’s some nice perspective for me to cling onto.

"It has taken me a great deal of strength to get to where I am today and even more strength to record this video. Despite being on tv for a decade it doesn’t come easy. I had everything racked in my favour and yet it all went wrong. You never think it’s going to happen to you, but then WHAM it can, so be open to it. Show empathy to others.

"The sad thing is that some people are even less prepared than me."