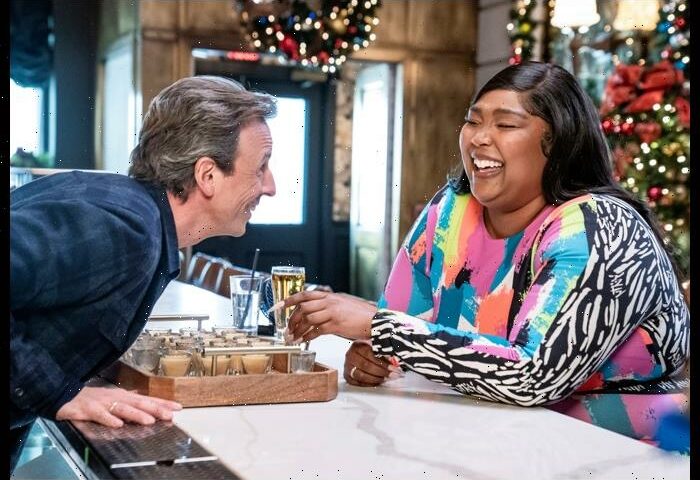 The pair met up at Valerie in New York and started off with tequila shots. That was followed by a guessing game involving pictures of the singer’s red carpet outfits. Every time she correctly guessed where the photo was taken, Meyers took a shot; for every miss, Lizzo took one.

There was also a Lizzo-themed cocktail challenge based on her songs and career. They also played a “Truth Hurts”-inspired game,

The “Truth Hurts” singer was recently awarded two trophies at the 2022 People’s Choice Awards, including song of the year for her chart-topping “About Damn Time” and the People’s Champion honor.