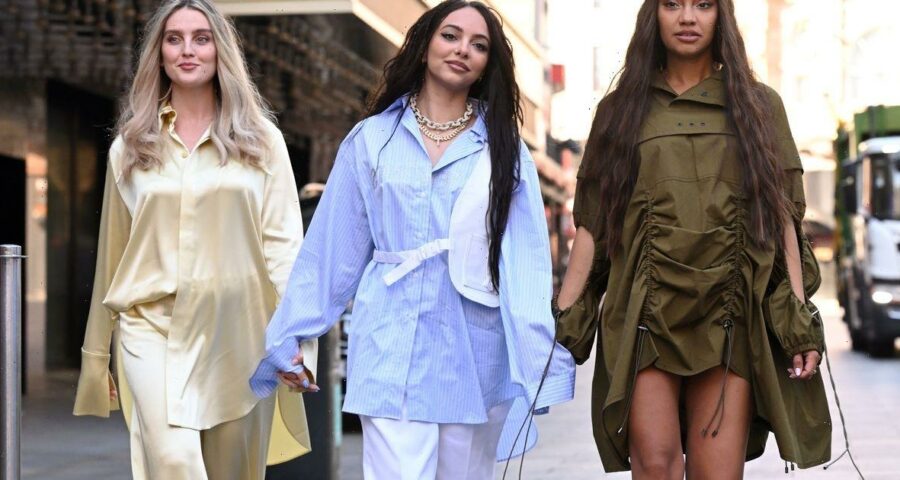 Their new single Cut You Off reveals some lyrics that appear to be directed towards Jesy and her abrupt decision to leave the band.

The Sun reports that band member Jade Thirlwall, 28, sings harshly: "I know you think you’re all that, it’ll be so sweet when you crawl back, but it’s too late now."

Perrie Edwards, 28, follows up pondering where a relationship went wrong, "Someone tell me how, how did we get here? It used to be so good. Nothing lasts forever, but I really thought we could.

"I know there’ll be tears, but it’s worth a broken heart," she continues to sing. "If I can’t protect my energy, I gotta cut you off."

Jade rounds up the song by adding irritably: "Cause you don’t wanna listen, you got me so triggered.

"Can’t be mad about it when you handed me the scissors. Everyone’s got a limit, really pushed me there now I’ve hit it. Gotta cut you off."

These lyrical jabs follow what has been a tumultuous week for the band and Jesy, as they unfollowed each other on Instagram amid Jesy's ‘blackfishing’ row sparked by new video for her solo single ‘Boyz’.

This song comes after news that Little Mix are said to be planning their solo careers after their last tour dates as a band held in London in May of next year.

The Sun has reported that the group have been working out record deals individually as they negotiate the terms of the next phase of their careers separately from each other.

“They've been pretty open with each other about it. There are a lot of meetings happening at the moment,” a source said. “Some of them have already done management deals.

“Leigh-Anne has signed up with Dua Lipa's manager, Jade is cutting her teeth as a songwriter and presenter while Perrie is working on other things too. They still get on great, despite everything which has happened with Jesy. But her departure put the cat among the pigeons.

“They all know there will have to be a career beyond Little Mix, so they've put things in place. The plan is to see out commitments, then turn to solo projects almost immediately. The intention is to keep the band going too, but that's how One Direction ended and it's hard to believe they will have time for everything.”

Whether or not this spells a permanent end for Little Mix is unknown.

With Leigh-Anne due to appear in the upcoming Christmas film Boxing Day and Little Mix’s greatest hits album, Between Us, on the way next month, it appears the foundations have already been laid for an extended break at least from the band.

“They have started discussions with some prospective managers and agents about what their solo careers might look like,” a source told The Sun in previous reports on the band’s rumoured solo deals.

“Some of the girls might end up taking on solo projects with their current management team too. But this isn’t about ending the band, it’s about looking to the future.”